Researchers have discovered a hidden continent on Earth, but it’s not Atlantis. They found it while reconstructing the evolution of Mediterranean region’s complex geology, which rises with mountain ranges and dips with seas from Spain to Iran.

The continent is called Greater Adria. It’s the size of Greenland and it broke off from North Africa, only to be buried under Southern Europe about 140 million years ago. And chances are, you’ve been there without even knowing it.

“Without realizing it, vast numbers of tourists spend their holiday each year on the lost continent of Greater Adria.”

“Most mountain chains that we investigated originated from a single continent that separated from North Africa more than 200 million years ago,” said van Hinsbergen.

“The only remaining part of this continent is a strip that runs from Turin via the Adriatic Sea to the heel of the boot that forms Italy.”

This area is called Adria by geologists, so the researchers for this study refer to the previously undiscovered continent as Greater Adria. 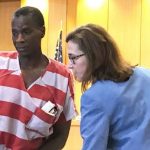