Zimbabwe’s anti-graft agency has reportedly said that the ongoing investigation into Grace Mugabe’s controversially acquired PhD will not lead to the arrest of the former first lady herself.

According to New Zimbabwe.com, the Zimbabwe Anti-Corruption Committee (Zacc) chairperson, Gordon Nguni said that Grace could have been an “innocent beneficiary of a fraudulent academic degree”.
ALSO READ:  Ethiopia's Tedros Adhanom Becomes First African Director-General of the World Health Organization

Grace, whose husband resigned in November under pressure from the military, received the doctorate in 2014 amid allegations she did not study for it.

She was awarded the degree after just months of study. Former president Robert Mugabe was University of Zimbabwe (UZ) chancellor at the time.

Nguni said that there was no evidence linking the former first lady to the violation of university regulations.

“There is no evidence to probe Grace. Grace is not a University of Zimbabwe official. She does not know the rules of how people are granted PhDs.

“We are investigating those people who knew the regulations and who fraudulently did whatever they did… we are probing those university authorities who violated university regulations,” Nguni was quoted as saying.

This came amid reports that the anti-graft agency was investigating one of the UZ lecturers, who supervised Grace’s PhD thesis.

“He (Mararike) is under investigation and he faces arrest once investigations have been completed,” Zacc spokesperson, Phyllis Chikundura was quoted as saying recently.

The UZ head Levi Nyagura was arrested also last Friday over the controversial awarding of the PhD to Grace.

Investigators at ZACC said they had arrested Nyagura over the suspected fraudulent awarding of a doctorate to the former first lady. 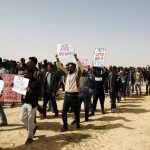 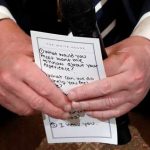