The United States of America in a communique on Thursday, January 16, 2020 announced that it has lifted the visa restrictions imposed on Ghanaian diplomats, effective February 2020.

The statement issued by the public affairs section of the US Embassy in Ghana said, the decision to lift the restrictions imposed on Ghana follows the establishment of a mutually agreed process between the two countries.

The US in February 2019 imposed visa restrictions on Ghana after the West African country refused to accept the about 7,000 Ghanaian nationals that she wanted to deport.

The US Department of Homeland Security (DHS) and the Department of State issued visa sanctions on Ghana owing to its “lack of cooperation” in accepting its citizens ordered removed from the US.

In a statement, secretary of homeland security Kirstjen Nielsen said Ghana has “denied or unreasonably delayed accepting their nationals ordered removed from the United States.”

This became a back and forth issue between the two sovereign countries, but alas, diplomacy has prevailed.

The US Embassy in Accra in view of that took a decision to limit the awarding of visas to certain applicants, like domestic staff and relatives of diplomats posted to America.

This is not the first time the US had issued similar visa restrictions on African countries.

In 2017, Sierra Leone, Guinea, and Eritrea were all issued visa restrictions for failing to comply with removal orders for nationals.

The restrictions ranged from tourist, business, exchange and student visas for government officials and their families.

Eritrea was the worst-hit as all its nationals were disallowed from applying for tourist B visas.

An investigation by Joy News has uncovered how confiscated vehicles are sometimes sold for prices far lesser than their estimated duty cost. 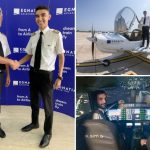 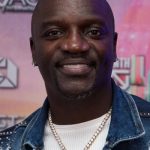