If you want a starting, all-in salary of $140,000 or more, you might want to look at these companies, according to a new report from online career community Glassdoor.

The list of 15 firms is dominated by the technology, consulting and legal sectors, which Glassdoor’s Chief Economist Dr. Andrew Chamberlain said is due to factors that include shortage of labor and barriers to entry.

“Salaries are high (in the tech industry) largely because of shortages of the highest skilled employees needed to advance business into new realms. Booming demand for software engineers, database administrators and data scientists has far outpaced the supply of these skilled, hard-to-find employees. In the legal and consulting industries, high salaries are largely the result of what economists call ‘barriers to entry…’ Many clients stay with the same attorney or consultant for decades at a time. As a result, these employees are even more valuable to their employers.”

Not a single finance firm made the list due to Glassdoor using the median compensation rather than average.

“If we used average pay, they would probably have dominated the list, due to a few very high earners pulling up the average. Instead, we used median pay which is unaffected by the type of large outlier salaries (mostly driven by bonuses) that are common in finance. In this sense, our list is a measure of more broadly based high-paying workplaces.”

Here is Glassdoor’s  complete list of America’s 15 highest paying companies, where the median annual total compensation starts at more than $140,000. The rankings take into account several forms of financial income on top of annual base salary, such as cash and stock bonuses. 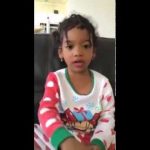 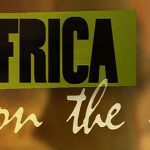