President John Dramani Mahama has been cited in the Auditor-Generals report on Public accounts of Ghana as having used his office as the vice president in 2011 to spend $28,692 on his family while he was in South Africa.

The Auditor-General’s report indicated that Ghana’s High commission in Pretoria, South Africa, spent that money on the president and his family for their transport, accommodation and repair of a vehicle while they were in that country.

Then matter cropped up at the Public Accounts Committee(PAC) of Parliament’s sitting yesterday when the Minister of Foreign Affairs and Regional Integration, Hanna Tetteh, and officials from her ministry appeared before it to respond to questions on the 2011, 2012 and 2013 reports of the Auditor General on the various Ghanaian missions abroad.

The Member of Parliament for Atwima Mponua, Isaac Asiamah, who raised the issue, wanted to find out from the minister the kind of visit the then vice president undertook with his family that warranted the Ghanaian mission in South Africa spending that amount on him and his family.

He also wanted to know the actual number of family members on that trip. But the chairman of the committee, Kwaku Agyeman –Manu, said that the report had also captured the amount as having been settled and so there was no need to belabour that issue.

The Atwima Mponua MP, who is a member of the Public Accounts Committee, told daily guide that the matter of the president being cited in the Auditor-General’s report was so important that it could not be allowed to be swept under the carpet, especially when all those captured in the report in one way or the other had been found culpable of violating the relevant laws of the public financial management and were also said to be financially indisciplined.

“For the Auditor-General to be bold to mention the president’s name in its report for such financial impropriety, then it means that there is indeed something wrong somewhere and we all as Ghanaians must start asking questions,” he said, stressing that this development could be seen as unprecedented in the history of this country.

He said Ghanaians must be told to ask whether the president’s trip to South Africa which warranted that expenditure was an official trip or not and the reason for that trip.

Asiamah stressed that this is very unhealthy for the management of public funds, adding that when such situations happen they seriously affect the official work of Ghanaian missions abroad. 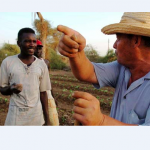 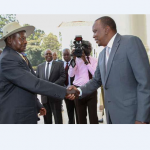