The National Commission for the Fight against Genocide (CNLG) has lauded Germany for extraditing Jean Twagiramungu to stand trial for his alleged role in the 1994 Genocide against the Tutsi.

In a statement released yesterday, CNLG Executive Secretary Jean Damascene Bizimana noted that evidence shows that Twagiramungu was active in the planning and executing acts of genocide in a number of Catholic parishes during the 1994 Genocide against the Tutsi.

Twagiramungu is accused of masterminding genocide in the former Gikongoro Prefecture (now in Southern Province) where he is said to have been active in planning and committing genocide in multiple areas.

“Evidence shows that during the Genocide, Twagiramungu collaborated with officials in planning and commission of genocide in the communes of Karambo, Rukondo, Karama, Kinyamakara, Nyamagabe and Musange,” Dr Bizimana said.

Twagiramungu, alongside other Interahamwe militia members, are believed to have participated in killings of Tutsi in the Catholic parishes of Mbazi and Kirambi as well as the ADEPR church of Maheresho.

Over 10,000 Tutsi were slaughtered in the three places of worship where Twagiramungu is alleged to have participated in killings while others are believed to have been thrown in rivers Mwogo and Rukarara.

“Twagiramungu is also cited as an accomplice in the massacres of Tutsi in the parishes of Kaduha (45,000 killed) and Cyanika (35,000 killed). About 100,000 were killed under his instructions,” Dr Bizimana added in the statement.

He noted that Germany, unlike some European nations, has been cooperative with the Rwandan authorities in compliance with the International Convention of Prevention and Punishment of the Crime of Genocide, which obliges states to punish perpetrators and accomplices of genocide.

CNLG expressed gratitude to Germany for the three trials it has already carried out against Rwandan Genocide perpetrators, the statement said.

It cites Onesphore Rwabukombe, former mayor of Muvumba, who was convicted of genocide and sentenced to life in prison on December 29, 2015, by the Frankfurt Court of Appeal.

However, as Germany and several Scandinavian countries continue to play their role in bringing perpetrators of international crime to justice, a number of Genocide suspects continue to walk free in France and the UK, CNLG said.

England recently denied the extradition of Celestin Ugirashebuja, Charles Munyaneza, Vincent Bajinya, Emmanuel Nteziryayo and Célestin Mutabaruka, who are accused of conspiracy and participation in the Genocide and crimes against humanity.

Another case is that of Modeste Kennedy Hakizimana, pursued for his role in the Genocide at the National University of Rwanda, where he was a student in 1994, CNLG noted.

Some of the suspects whose extradition has not been effected from France despite requests by Rwanda include Agathe Kanziga-Habyarimana, Callixte Mbarushimana, Fr Wenceslas Munyeshyaka, Marcel Hitayezu, Col Laurent Serubuga, Col Marcel Bivugabagabo and Dr Eugène Rwamucyo.

“It is high time these states complied with their international obligation to put an end to the factual impunity they are giving to the perpetrators of the genocide perpetrated against the Tutsi,” Bizimana added.

Twagiramungu has since been assigned a lawyer as Police prepare his case file to be sent to prosecution. He is likely to be presented in court this week. 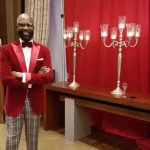 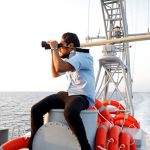