Constance Matshidiso Lelaka once waited tables and cleaned hotel rooms for tips to raise funds to pursue her academic goal.

The then-teenage girl from Diepkloof, Soweto, did not let her job at Sandton City’s Garden Court Hotel discourage her from her ambitions.

It was just over 20 years ago when she swept the hotel floors and served its tables, and now at 43, Lelaka is a proud member of the Wits Reproductive Health and HIV Institute where she works as a Social Scientist Researcher.

She also holds a PhD in Literature and Philosophy.

In 1995 her mother, who was also a domestic worker, persuaded her to work at the hotel and save her earnings. At the time, she had just matriculated. She knew since she was 14 years old that she had a calling in social work.

“I served as a waitress in a restaurant and in the hotel room for housekeeping. In 1995 during the Rugby World Cup, I had received good tips in foreign currency from the international guests,” she said. Her mother had already instilled the culture of saving when she was young.

ALSO READ:  Meet Patrick Healy, the Priest Who Became the First African-American to Earn a PhD in 1865

An acceptance letter from Fort Hare University prompted her to resign and focus on her dream. She used her tips to register for a social work Honours degree at the university in 1996.

“In July, I received university government financial assistance. In my final year, I received the Kellogg’s bursary,” she explained.

She said she always wanted to make a difference in people’s lives.

“The profession helped me break out of my shell and improve the lives of those who were faced with social, mental and family dilemmas,” she said.

After earning her degree, she was inspired to grow further in her career.

Although she had no interest in studying towards a PhD due to the doctoral degree taking five or more years to complete, Lelaka was persuaded by her supervisor, Professor Azwihagwisi Mavhandu-Mudzusi, who advised her about the importance of a PhD and its benefits in one’s career.

This fit, however, came with some sacrifices.

“I created a study schedule that I stuck to and permitted myself to only watch TV news. I reduced the time I spent with friends, cut down on attending church and used my Sundays to study,” she said.

She said she was still getting familiar with her title but should any positive opportunity arise, she would not hesitate to seize it. 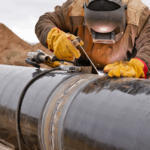