Emmanuel Macron won a surprising victory over Marine Le Pen in May 2017 and that made him instant inspiration fodder. A lot of profile articles written about him, some coming out of Africa, focused on the possibilities he presented for a new political order.

In the midst of a press conference at the G20 summit in Hamburg, Germany, a journalist from the Ivory Coast, Philippe Kouhoun, asked Macron why there was no Marshall Plan for Africa or in his words; “How much are the G-20 countries ready to put in the envelope to save Africa?”

ALSO READ:  Africa to Have Some of the World’s Fastest-growing Economies in 2019, and a Looming Debt Crisis

To be better informed on the discussion, the Marshall Plan for Africa is a reference to the massive amount of economic aid the US poured into destroyed European countries following the Second World War. It is a plan that proposes a “new level” of equal cooperation between Africa and western countries in areas such as education, trade, business development, and energy.

Emmanuel Macron responded to the journalist’s question by giving a three-and-a-half-minute soliloquy on the “civilizational” problems that Africa faces. He also talked about the differences between a postwar reconstruction project like the Marshall Plan and modern-day aid programs designed to address a variety of problems in a variety of countries.

President Macron’s biggest mistake was, however, stating at one point during his answer that one key challenge facing Africa are places where women still have “seven or eight children” to which effect, he concluded, “spending billions is pointless.”

His talk of shaky democracies, extremism, failed states and population growth in Africa has caused a social media firestorm to be directed at him. It seems that so many critics have found another way that Emmanuel Macron is no different from numerous other European and Western leaders; he seems to consider Europe’s civilization to be different from Africa’s and perhaps much better.

The part of his reply where he referenced the supposed unregulated birth rates of African women was spliced and the video has been circulating widely on social media. The G20 interview is, however, not the first time that President Emmanuel Macron has spoken out of turn about Africa.

At the beginning of June, he had been in a conversation in Brittany about fishing boats and the kwassa-kwassa (vessels used in the Comoros islands, including by migrants seeking to reach Mayotte, a French overseas possession—that is, a colony). The president joked that the “kwassa-kwassas don’t fish much, they deliver Comorians,” he used a turn of phrase (ils amènent du comorien) that implied goods, not people.

President Macron fell into a common practice of making condescending statements about Africa that put the fault of the continent’s stalled development at the feet of every other issue besides colonialism and its still ricocheting effects. It is also an echo of the mission civilisatrice, the “civilizing mission” that was at the core of French colonial ideology.

It should be pointed out that President Macron has actually shown more willingness that former French leaders to address France’s colonial history. During his election campaign, he called colonization a “crime against humanity,” during a visit to Algeria but the sweeping statements that he made about Africa and the lack of any real restorative policies overshadows that admission. 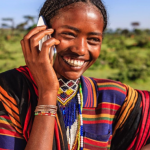 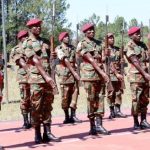