South African President Cyril Ramaphosa will arrive in the Democratic Republic of Congo on Friday to mediate a potentially explosive electoral period after chaotic scenes following nominations for presidential candidates.

Ramaphosa will first visit Zambia on Thursday, August 9, 2018 before heading to Kinshasa the following day. This is on assignment from French leader Emmanuel Macron and the international community.

According to Congolese authorities Ramaphosa, the regional bloc SADC chairperson, will be in the vast central African nation to discuss avenues for holding an exclusive election.

Popular opposition leader Moise Katumbi has been barred from contesting the election although there is international pressure for all candidates to push for an all-inclusive election.

Katumbi was not allowed to enter the DRC either by air or road.

In Zambia, Ramaphosa is expected tomorrow to discuss issues of mutual concern with his counterpart including the Congo situation.

In a statement, Ministry of Foreign Affairs Joseph Malanji said President Ramaphosa will on Thursday be in Zambia for a working visit.

Meanwhile, President Kabila has picked a surprise candidate as his successor.

The move put an end to years of speculation on whether Kabila would defy terms limits. The government waited until the last moment to announce Kabila’s decision not to run. The electoral commission’s deadline for candidates to register was Wednesday afternoon.

“Over the days, several names [of Kabila’s replacements] have been floating around, but his name never really featured,” she said.

“The nomination came after a long consultation between the president and his coalition.”

The uncertainty about Kabila’s intentions raised concern over the past few days, she said.

“But now that has been cleared and analysts are telling us that these tensions that have been in the country could de-escalate,” she said.

The Catholic Church immediately called the decision by Kabila “a big step,” while the US ambassador to the United Nations, Nikki Haley, welcomed the news but said Congo’s electoral commission must “take all steps necessary” to guarantee a free and fair vote.

“Congo’s regional and international partners must continue to exert strong pressure for the country to have a truly democratic transition and to prevent further repression,” said Ida Sawyer, deputy Africa director at Human Rights Watch.

“We are still very far from a credible electoral process, and many things can happen by December, including additional delays.”

Kabila, whose second term officially ended in 2016, is constitutionally ineligible to run in December’s poll, although his rivals accused him of wanting to stay in power.

Shadary, a close ally of Kabila, used to serve as deputy prime minister. He was sanctioned by the European Union for alleged human rights violations in 2017.

Shadary counts as one of Kabila’s most loyal followers but, as a politician, is not very popular among DR Congo’s roughly 80 million people. 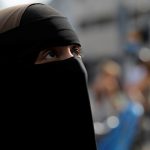 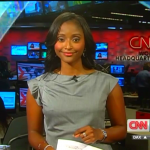