President Paul Biya should consider retiring politically. This is what several Internet users agree after the publication of a video in which we see President Biya who is partially supported by a member of the French protocol and his bodyguard while he climbs marches in the enclosure of the Élysée.

ALSO READ:  Diego Maradona Wants To Be Vice-President Of Argentina In Next Year’s Election

In this video, the president showed signs of an exhausted man, worn out by the constraints of the presidential office. Therefore, “he should think about retiring” as argued by Adolphe, a Cameroonian surfer.

In Paris, the Cameroonian president took part in a dinner organized by his French counterpart Emmanuel Macron on the occasion of the 2nd Forum on Peace. But before dinner, Paul Biya had made a speech. An opportunity for the Cameroonian head of state to advocate for the reform of international institutions (UN, World Bank, IMF).

Paul Biya also talked about the crisis in the northwest and southwest regions of Cameroon. The Head of State discussed the follow-up to the Grand National Dialogue. He also announced a gradual implementation of the recommendations, including that which grants a special status to these two regions. 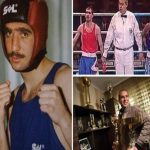 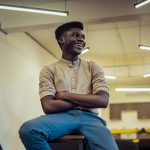