Adam Schlesinger, a singer-songwriter for the bands Fountains of Wayne and Ivy, has died aged 52.

He was also an award-winning writer of songs for film, theatre and television.

His lawyer, Josh Grier, said that Adam passed away on Wednesday from complications brought on by coronavirus.

The track about a teenage boy who was infatuated with his friend’s mum, reached number 21 on Billboard’s Hot 100 chart and featured supermodel Rachel Hunter in the video.

Fountains of Wayne were named after garden ornament store in Wayne, New Jersey, which was near Adam’s hometown of Montclair, when the band was started in 1995.

The band’s style was compared to that of 70s groups The Cars and Big Star as well as a nod to 60s icons, The Kinks.

The group was based in northern New Jersey and the suburbs of New York City and they sang about the lives of suburban people.

Adam found fame as a songwriter for films, gaining recognition with the theme song for Tom Hanks directed movie ‘That Thing You Do!’ in 1996.

Adam received nominations for an Academy Award and a Golden Globe for his efforts.

There was also recognition with the Emmys as Adam won three awards for his songs that featured in 2010s TV show ‘Crazy Ex-Girlfriend’.

There was also joy in the theatres as Adam joined forces with David Javerbaum to write songs for the 2008 Broadway musical ‘Cry-Baby’.

This brought a Tony nomination for best original score.

Most recently, Adam has been working with comedian Sarah Silverman on a Broadway stage adaptation of her memoir, The Bedwetter. 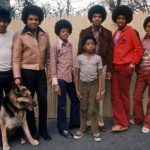 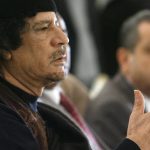