Valentina Guebuza, the daughter of the former Mozambican president Armando Guebuza has reportedly been shot dead by her husband, Zófimo Muiuane.

Reports on Thursday said the incident took place on Wednesday in Maputo.

The businesswoman died at the age of 36, leaving behind a daughter. According to police, she was shot by her husband and died before reaching hospital, the Club of Mozambique reported.

Police said Valentina Guebuza was killed by four shots from a pistol illegally acquired in South Africa by her husband, Zófimo Muiuane.

Muiuane had since been arrested and remained in custody.

Valentina Guebuza was listed as the seventh most powerful woman in Africa by Forbes magazine in 2013. 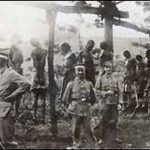 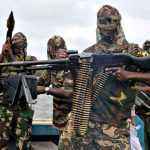