Forbes has released a list of the richest Kings in Africa and two Nigerian monarchs made the list.

Leaders and Presidents are the common set of individuals that we are so prone to check out their networths and vast wealth. Here Are African Kings that have amassed wealth like sand. 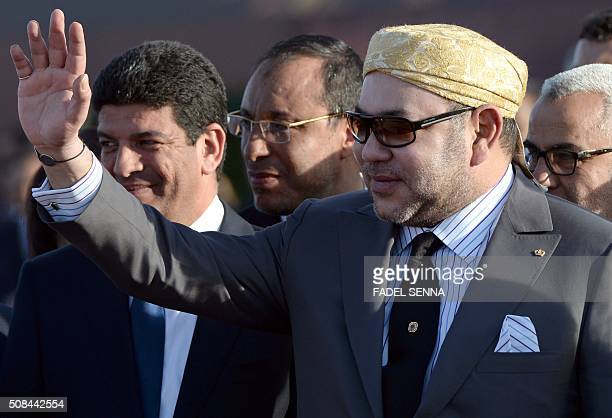 At the top of the list is King Mohammed VI, Morocco who is said to be the wealthiest monarch in Africa. He derives his fortune from his control of Société Nationale d’Investissement (SNI), a large Moroccan investment holding company with assets valued at more than $10 billion.

He is the Olugbo (traditional King) of Ugbo land, a small oil-rich community in Ondo state, Nigeria. He is the founder of Obat Oil, one of Nigeria’s largest privately-held oil trading companies which now owns more than 50 gas stations across Nigeria as well as one of the largest tank farms in Africa. He also owns an extensive portfolio of prime commercial and residential real estate in London and Nigeria.

He is the traditional King (Ọọ̀ni) of Ile-Ife’, an ancient city located in Osun state, Nigeria. He is the founder of the Sijuwade Group, a Nigerian conglomerate with interests in oil & gas, construction, property development and hospitality which owns stakes in two onshore oil blocks in partnership with London-listed energy giant Centrica PLC as well as a construction outfit that handles large-ticket road construction projects in Nigeria

Estimated net worth: At least $75 million

He controls Tibiyo TakaNgwane, an investment holding company that owns stakes in sugar refining giants Ubombo Sugar and Royal Swaziland Sugar Corporation (RSSC), dairy company Parmalat Swaziland, spirits manufacturer Swaziland Beverages and hotel chain Swazi Spa Holdings. His personal net worth is at least $50 million, based on the annual $50 million salary that he is paid out of government coffers.

Estimated net worth: At least $50 million

He is the King of Ghana’s gold-rich Ashanti kingdom. He set up Transpomech Ghana, a $12 million (sales) company that provides mining equipment to several large industrial companies in Ghana. The King also owns extensive real estate in Ghana and South Africa as well as a collection of valuable gold crown jewels.