Brazilian actress and model Bruna Marquezine has confirmed that she and Paris Saint-Germain superstar Neymar have ended their relationship.

‘It was a decision that came from him, but there is a lot of respect, a lot of love, for him and for everything that we have lived for,’ she said in an interview.

‘You know I do not usually talk about my personal life. I’ll talk about it because I have to talk, but it will only be once.

Before their split, there were unconfirmed reports in Brazil that the pair had a misunderstanding over the political situation in the country.

When questioned if it had anything to do with the political situation in the country, Marquezine denied it was the reason but refused to reveal what caused their split.

‘I want it to be clear that it would not be for that,’ she said. ‘It was a decision of him, but there is a lot of love and respect, it’s all right. 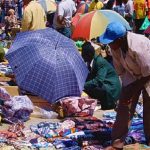