President Yoweri Museveni of Uganda has replaced the country’s security minister and police chief in after a spate of murders and kidnappings that have rocked the East African nation.

The president tweeted the news, saying he was appointing General Elly Tumwine as Security Minister and Okoth Ochola as Inspector General of Police (IGP).

‘‘In exercise of powers granted to me by the Constitution, I have appointed Gen Elly Tumwine as the Security Minister. I have also appointed Mr Okoth Ochola as the Inspector-General of Police. He will be deputised by Brig Sabiiti Muzeei,’‘ read the president’s tweet.

In exercise of powers granted to me by the Constitution, I have appointed Gen Elly Tumwine as the Security Minister. I have also appointed Mr Okoth Ochola as the Inspector-General of Police. He will be deputised by Brig Sabiiti Muzeei

In exercise of powers granted to me by the Constitution, I have appointed Gen Elly Tumwine as the Security Minister. I have also appointed Mr Okoth Ochola as the Inspector-General of Police. He will be deputised by Brig Sabiiti Muzeei.

ALSO READ:  'Down with the pigs': President Museveni Vows to Eliminate Assassins of Ugandan MP

Ochola will now be deputised by Brigadier Sabiiti Muzeei who has been the commander of the military police in the country.

Secondly, the cameras and other technical means (DNA, palm prints etc). Unlike what some of the responders think, that determined criminals will commit crimes even in front of cameras, it will make their identification fast and, therefore, their hunting and capture fast.

Thirdly: Why has the acquisition of cameras delayed? I talked about them when AIGP Felix Kaweesi died. The delay was about the technical analysis by our scientists as to the best types and, of course, the financing. These are not cheap or free gifts.

On the issue of the laxity of Police, the Prisons etc. It is true there is quite a bit of laxity and there could even be infiltration by criminals. That is why a number of police staff were arrested. They are now in courts.

The tweet was the climax of the president’s impassioned reassurance to Ugandans that the latest wave of crime would be solved by the government, just like armed rebellion and other problems have been solved in the past.

The president, who has repeatedly called for the installation of CCTV cameras in urban areas as a means of fighting crime, recently added that it is time for Ugandans’ palm prints and DNA details to be captured to aid the fight against crime.

Museveni wants Ugandans’ palm prints, DNA details captured
He was at the time speaking to mourners at the funeral of 28 year old Susan Magara who was kidnapped and brutally murdered.

Magara brought the number of unsolved women murders in Kampala and its suburbs to 24 within six months.

Kayihura fails and pays the price
General Kale Kayihura had served as the IGP since 2005 and was described by his critics as the man who made the national police force partisan, as he oversaw the chaotic 2006, 2011 and 2016 general elections.

Seen as a loyal cadre to President Museveni and the ruling party, Kayihura had withered several storms as activists called for his resignation and even prosecution for human rights abuses committed by the police force.

His credentials were however severely damaged in March last year, when the president publicly rebuked him and asked him to ‘clean the police force’ that Museveni said had been infiltrated by criminals. The remarks followed the brutal murder of Assistant IGP Andrew Felix Kaweesi.

At the time Kayihura and Tumukunde were fired, they were perceived to be at loggerheads as the Internal Security Organisation investigated and arrested several senior police officers believed to be working with criminals.

The new security chiefs
General Elly Tumwine is one of the ‘historicals’ who fought with President Museveni during the Liberation struggle that brought the ruling National Resistance Movement into power.

He was commander of the National Resistance Army between 1984 and 1987, and is one of the highest ranking officers in the army. He is one of the representatives of the army in the national parliament.

Appointed to the position of Deputy IGP in 2011, Martin Okoth Ochola has a reputation of being a disciplinarian within the police force. 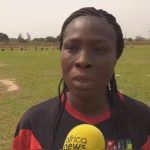 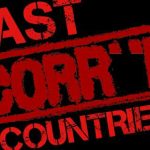