Before Saturday night, Floyd Mayweather Jr. and Deontay Wilder had one thing in common: they were both undefeated boxers. But after losing to Tyson Fury in their revenge match at the MGM Grand in Las Vegas, Wilder can no longer boast of a perfect track record.

Mayweather understands how difficult it is, physically and mentally, to get into a boxing ring and bring in an unbeaten record. After the match, he sent a message of support to his compatriot.

ALSO READ:  'Increasingly Desperate' Putin Could Attack A NATO Base To Stop Weapons From Getting To Ukrainian Forces

“Victory, defeat or draw… Deontay @BronzeBomber is our brother who has won several trophies. And as a community, we should all encourage and support it. Whatever happens, you are always a winner in my eyes, King! “ Wrote Mayweather on Instagram.

Win, Lose or Draw…. Deontay @BronzeBomber is our brother that has accomplished many triumphs and as a community we should all uplift and support him throughout it all. No matter what, you're still a winner in my eyes, King! 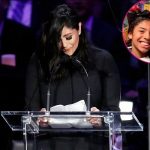 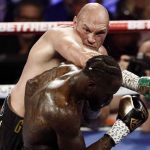