Floyd Mayweather will make a surprise comeback on New Year’s Eve against 20-year-old Japanese kickboxing sensation Tenshin Nasukawa at the Saitama Super Arena, outside Tokyo – but whether it is a boxing, kickboxing or mixed martial arts fight is yet to be decided.

Mayweather, the highest earning boxer in history, can expect to bring in more than $100 million for the contest, which is almost certain to be pay per view.

The American earned more than $240m for fighting UFC star Conor McGregor 17 months ago in Las Vegas, and has been involved in four of the top five biggest grossing fights in combat sports history.

Mayweather and Nasukawa appeared at a Tokyo news conference overnight that was streamed worldwide on YouTube and organised by the Rizin Fighting Federation, a Japanese fight company which promotes MMA and kickboxing events.

Mayweather, undefeated in 50 fights and a world champion in five boxing weight divisions, said the rules of the bout have yet to be clarified.

“As far as the weight class and the rules, we’ll talk about that,” explained Mayweather, who insisted it is “special” because “we’re giving the people something they’ve never seen before.”

He added: “It’s all about me going out there and displaying my skills against another skillful fighter. So we both want to go out there and display our skills and give people excitement. I just want to entertain. I will speak with my team and I will let my team get with Rizin and I’m pretty sure they’ll come up with a great idea, but it’s all about entertainment and that’s what we want to do for the people.”

Nobuyuki Sakakibara, a Japanese businessman, renowned mixed martial arts promoter and president of Rizin Fighting Federation, said there are several aspects of the bout still to be finalised.

“We still have more work cut out for us, but we think it will be a great fight everyone will be excited to see,” Sakakibara said.

Nasukawa has a 27-0 record with 21 knockouts in kickboxing and 4-0 with two knockouts in MMA. He recently defeated former UFC flyweight fighter Kyoji Horiguchi in a kickboxing fight. Southpaw Nasukawa holds the Rizin featherweight title, which is 20 pounds lighter than Mayweather’s fighting weight.

“This is my biggest event in life so far and I’m very happy this is going to materialize.” said Nasukawa. “I’m a little surprised myself. Nobody has defeated my opponent in the past and I’d like to be the man who makes history. My punch can change history.

“I’m not particular about the rules, with or without kicks. Boxing rules I wouldn’t mind. My opponent looks taller than he actually is, but I think I could hit him.” 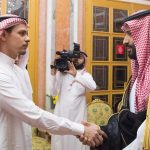 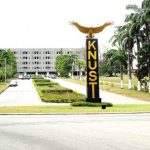