Floyd Mayweather Jr has once again proven why is his nickname is “Money”.

The boxing legend has taken to social media to show off his latest collection of 3 luxury cars valued at over R26 million along with 7 Rolls Royce vehicles worth about R31 million.

In a video uploaded on his Instagram account on Sunday, February 3, the undefeated pugilist showed off his impressive collection of exclusive automobiles which he termed “The Lucky 7”.

ALSO READ:  Out Of 724 Billionaires In America, Only Seven Are Black. Here's What You Should Know
Loading...

Among the latest additions are a Ferrari and Maybach.

He said, “that’s is my lifestyle and it’s either you hate it or get motivated.

“I added three more toys to the collection. Just keep on motivating,” Mayweather summed up in the short video clip.

Earlier, it was reported that Floyd Mayweather flaunted his latest earnings in the social media after knocking out Japanese kick-boxer, Tenshin Nasukawa. We reported he did so in less than 3 minutes of their scheduled 9-minute exhibition fight in Tokyo.

The undefeated boxer, who came out of retirement for the bout, uploaded videos of bundles of Japanese Yen in his car after pocketing about R130 million for his win over Nasukawa.

Although the 41-year-old Mayweather was not in top shape, he proved too hot to handle for the 21-year-old Nasukawa at the Saitama Super Arena. 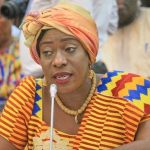 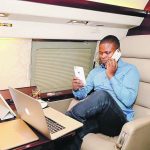