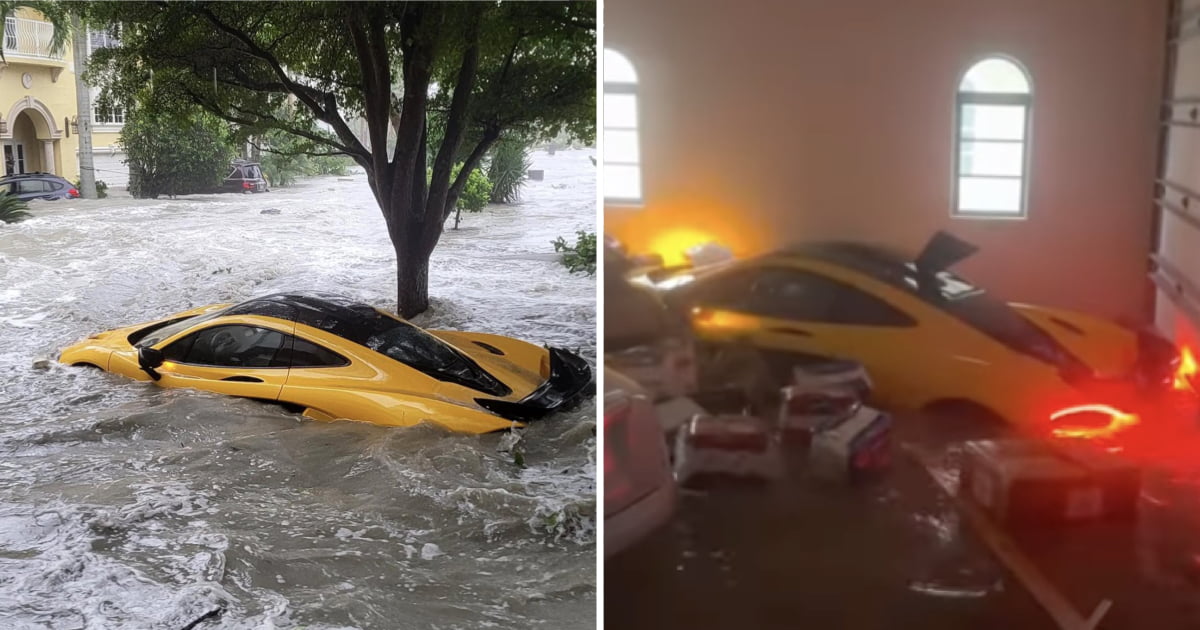 A Florida man revealed that his newly bought $1 million McLaren P1 supercar was swept away during Hurricane Ian.

The man named Ernie posted a series of images on his Instagram account, which shows the yellow vehicle being swept up in his flooded Naples neighborhood.

ALSO READ:  Hurricane Ian: Two Florida Siblings Drown After One Tries To Save The Other From Flooded Canal He said the car was in the garage but the flood pulled it out.

“Car went thru the garage,” he wrote in the caption. In an earlier post, he shared a photo of the hybrid car with its winged doors open and items stored in the tiny cargo space under the hood. Unfortunately, the car was not much help during the hurricane.