The number of people hit by seasonal flooding in East Africa has increased more than five fold in four years, according to UN figures.

Nearly six million people have been affected this year with 1.5 million of them forced from their homes.

Parts of the region are recording the heaviest rains in a century.

In 2019, a big temperature differential between the east and west sides of the Indian Ocean was blamed for heavy rainfall.

The data gathered by the UN’s Office for the Coordination of Humanitarian Affairs paints a worrying picture, reports the BBC’s Catherine Byaruhanga.

The number of people affected by flooding in East Africa has gone from 1.1 million in 2016 to four million in 2019, to close to six million so far this year – this is before the short rains, which normally peak in November and hit most countries in the region. 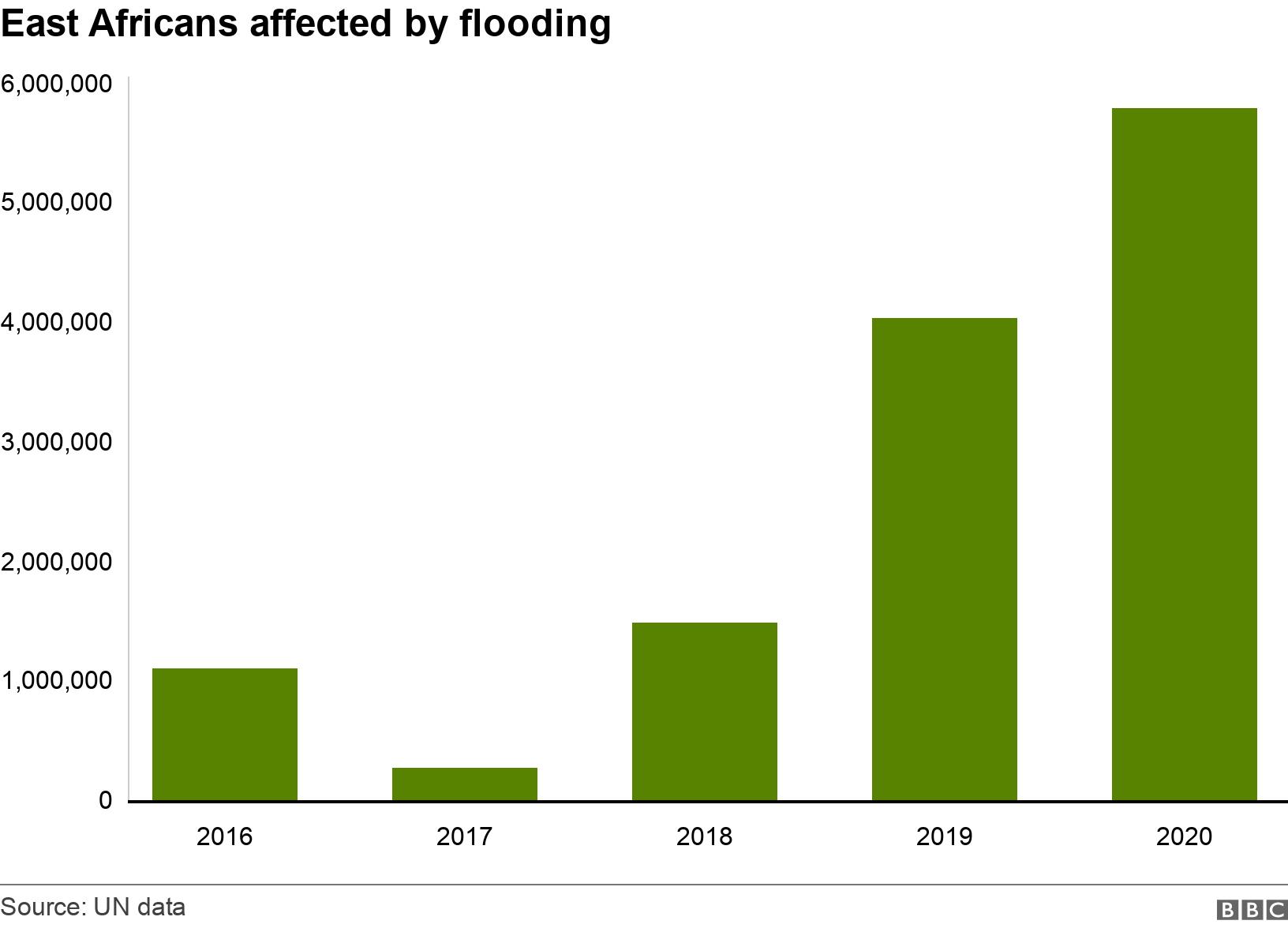 In Sudan, one of the worst affected countries, 860,000 people have had their homes destroyed or damaged and more than 120 have died, the UN says quoting government figures.

Nearly every state in Sudan has experienced heavy flooding and in neighbouring South Sudan, 800,000 people have been affected with 368,000 people forced from their homes.

“Entire communities have fled to higher ground to escape the rising waters,” the UN said in a statement.

After a visit to some of the worst hit areas in South Sudan last month, the UN’s humanitarian coordinator for the country, Alain Noudéhou, said that “vast areas of the country along the River Nile are now under water”. 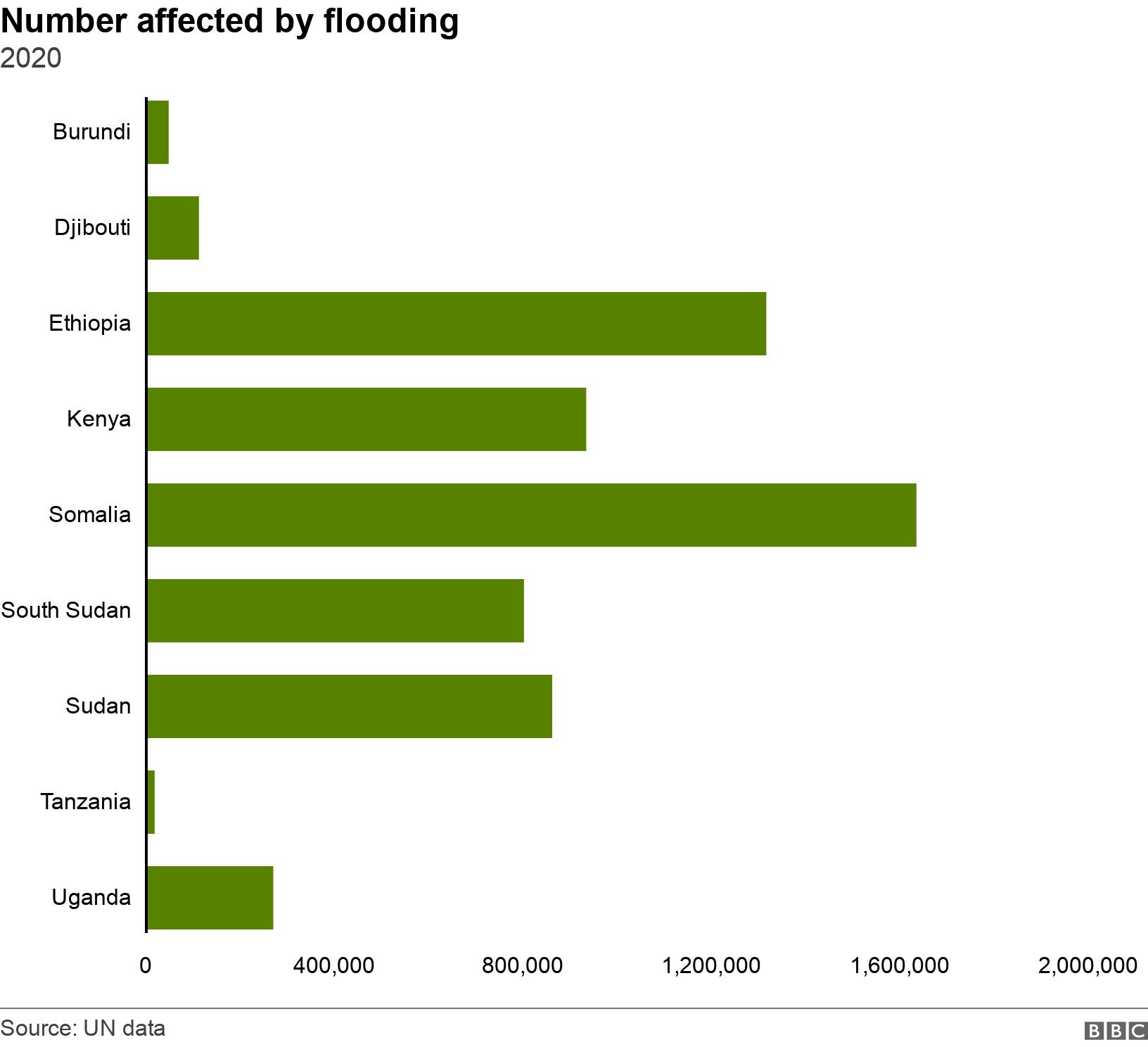 In Ethiopia, which has a much larger population, 1.1 million people have been affected by flooding.