Previous Next
If the latest report from Malawi is anything to go about, then one could come to the conclusion that the end time is truly here and no need for any further signs of the end time as stipulated in the holy scripture. A popular multimillionaire, flamboyant Malawian pastor, Prophet Shepherd Bushiri has reportedly introduced a customized ATM for his church members to use in paying tithe.

The controversial Malawi pastor, Shepherd Bushiri just bought a G-Wagon for his wife one month after she bought him a Rolls Royce has released customized ATM cards for his church members to use in paying tithe and offerings.
Prophet Shepherd Bushiri, popularly called Major 1, is the founder of the Enlightened Christian Gathering (ECG).

The man of God had in the past showed off his private jet, fleet of cars and lavish lifestyle even as some of his church members wallow in abject poverty.
This time around, he has introduced customized Automated Teller Machine cards with his face for members to pay tithe money into his account.
Facebook user, Ntje Ishmael Moholo shared the photos on social media and wrote:
“Prophet Bushiri rolls out new ATM cards to make it easy for church followers to pay for tithes automatically every Sunday.
What would Jesus say?” 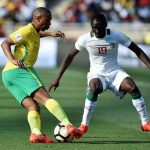 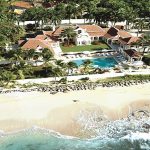