Africa’s representatives at the FIFA Under-17 World Cup know who they will face in the knockout stages of the tournament following the conclusion of the final group games on Sunday night.

Angola finished runners-up in Group A behind hosts Brazil while Nigeria topped Group B ahead of another South American team, Ecuador. Senegal also finished second in Group D behind Japan. All teams finished with identical records of two wins and one defeat from their three group games.

ALSO READ:  FLASHBACK: According a Ghanaian Pastor, 'Nigeria, Ghana Will Become 'Empty' If the USA Gave Free Visa Just for A Week'
Loading...

Nigeria’s Golden Eaglets will be aiming to return home with a record sixth U-17 world title.

“We want to bring this World Cup back to Nigeria. I want to make my country proud of the team,” Ibrahim Said, Nigeria’s hat-trick hero against Ecuador, said.

Nigeria and Angola could meet in the semifinals should they get past their respective opponents in the Round of 16 and the quarterfinals.

African champions Cameroon were the only African representatives not to progress from the group stage at the tournament. 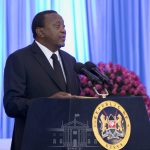 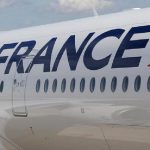