This is rather a surprise for the people of Tunisia. An openly gay lawyer announced on earlier this week that he would contest in the race to replace Tunisia’s recently deceased president to mark a first in conservative Africa and the Arab world.

Mounir Baatour’s candidacy marks first which will without doubt be a benchmark in history.

Baatour, the party’s chief and a lawyer at the Court of Cassation, presents himself as a defender of LGBTIQ rights.

Despite this unprecedented courage, some groups which represent LGBTQ rights have warned that his candidacy would endanger their communities. The 18 groups signed a petition to air their views ahead of his announcement.

“We think that Mr Baatour represents not only a threat but also a huge danger for our community,” part of the petition read.

It is not the first time the LGBTQ society has broken ranks with Baatour. Last year, the Tunisian Coalition for LGTBQ Rights distanced itself from Shams and Baatour, citing outing practices by the group and alleged sexual harassment by Baatour.

In 2013, Baatour was jailed for three months after being accused of “sodomy” with a 17-year-old student, a charge which he  denied.

However, Tunisia has no law that automatically disqualifies individuals who have a criminal record from standing in elections.

“The fact that I’m gay doesn’t change anything. It’s a candidacy like all the others. I have an economic, social, cultural and educational programme for everything that affects Tunisians in their daily lives,” he added.

Baatour is co-founder of the Shams association, through which he has for years advocated against Tunisia’s criminalisation of gay sex, which carries a sentence of up to three years.

Presidential hopefuls have until Friday to submit their candidacy, ahead of September 15 polls.

Baatour is co-founder of the Shams association through which he has for years campaigned against Tunisia’s criminalisation of “sodomy” which carries a sentence of up to three years.

Seven percent of people in Tunisia view homosexuality as acceptable, according to a BBC News Arabic survey released in June.

That’s compared to 26 percent in Algeria, 21 percent in Morocco, and 17 percent in Sudan. Tunisia’s numbers are higher than Lebanon and the West Bank, which reported 6 percent and 5 percent, respectively.

Botswana’s top court recently ruled that homosexuality was not illegal in the country. A move that most saw as an Africa becoming more tolerant. The winds of liberal change may be definitely sweeping through Africa. 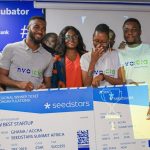 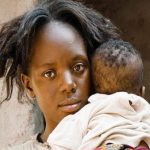