Scientists might have found a way to treat Parkinson’s disease by generating “dopamine neurons”, according to an article published in Nature Biotechnology.

The study, though at an early stage, found that brain cells can be reprogrammed to replace those that are destroyed by Parkinson’s, offering a new approach to solving the longtime medical problem.

Scientists conducted tests in mice with Parkinson-like symptoms, and found that the therapy seemed to ease the condition.

ALSO READ:  Maradona Set To Be Released From Hospital
Loading...

They noted that more studies need to be done before related tests can be conducted on humans.

People with Parkinson’s lack dopamine due to the loss of brain cells that make it.

The disease has afflicted numerous patients in various ways, from muscle rigidity and walking difficulties, to hallucinations and delusions.

For a long time, doctors have been able to manage the symptoms but could not treat the cause.

Scientists have been actively looking for different ways to lessen the symptoms and treat the disease. 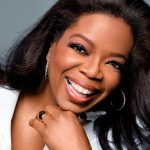