Florida Agricultural and Mechanical University, commonly known as FAMU, just closed a major deal. The journalism school will be home to a 24-hour black news network, airing in more than a dozen cities. The goal is to educate and entertain primarily for an African-American audience while diminishing negative and stereotypical stories. They aim to be a staple in the black community much like Telemundo serves the Hispanic community.

Tallahassee Mayor John Marks and BTNC partner, was present at the ribbon cutting last week and was obviously emotion by the latest accomplishment. “This has been a long time coming,” Marks told WCTV. “I really feel so proud to be a part of what I know is going to be revolutionary as well as evolutionary.”

Black Television Network Channel will be headquartered at the FAMU School of Journalism and Graphic Design where students will have a chance to work with professionals. They estimate it will employ 100 people and will reach an audience of 33 million upon launch.

The Black Television News Channel plans to be on the air in February 2018. 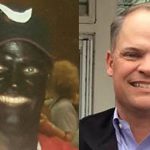 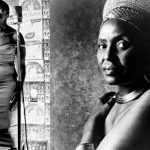