Facebook has revealed its first full-scale drone, which it plans to use to provide internet access in remote parts of the world.

Code-named “Aquila”, the solar-powered drone will be able to fly without landing for three months at a time, using a laser to beam data to a base station on the ground.

The company plans to use a linked network of the drones to provide internet access to large rural areas. However, as with its Internet.org project, Facebook will not be dealing with customers directly, instead partnering with local ISPs to offer the services.

Jay Parikh, Facebook’s vice-president of engineering, said: “Our mission is to connect everybody in the world. This is going to be a great opportunity for us to motivate the industry to move faster on this technology.

Facebook said it would test the aircraft, which has the wingspan of a Boeing 737, in the US later this year.

Yael Maguire, the company’s engineering director of connectivity, said that the plane will operate between 60,000ft (18km) and 90,000ft (27km) – above the altitude of commercial airplanes – so it would not be affected by weather.

It will climb to its maximum height during the day, before gliding slowly down to its lowest ebb at night, to conserve power when its solar panels are not receiving charge. 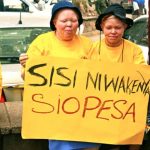 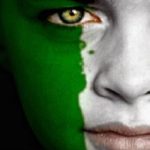