The goal of Internet.org is to bring affordable access to selected Internet services in less developed countries by increasing efficiency and helping develop new business models around the provision of Internet access.

In some countries, people think Facebook is the Internet, AFKInsider has reported.

Internet.org has been criticized for violating net neutrality and favoring Facebook’s own services over its rivals.

When Internet.org was launched in 2014, Telecrunch reported, “Cynics will assume Facebook wants to promote accessibility for one reason: eyeballs to advertise to. But whether or not you believe it, Facebook is truly trying to achieve its mission of connecting the world. There might be positive business side effects to that, but they’re not the driving force.”

Until April 2015, Internet.org users could access for free only a few websites, and Facebook’s role as gatekeeper in determining what websites were in that list was criticized for violating net neutrality, Telecrunch reported. In early May 2015, Facebook said the Internet.org platform would be opened to websites that met its criteria.

At the time of Internet.org’s launch in August, 2013, Facebook founder and CEO Mark Zuckerberg said that “connectivity is a human right.”

From ITNewsAfrica. Story by Darryl Linington.

Facebook says it plans to launch Internet.org in Senegal along with more than a dozen free basic services in the country.

Senegal will be the sixth country in Africa where Internet.org is available. With the addition of Senegal, Internet.org will be available in 13 countries including Zambia, Tanzania, Ghana, Kenya, Malawi, Colombia, Guatemala, India, Bangladesh, Indonesia, Philippines, Pakistan.

According to the company, its mission is to give people the power to share and make the world more open and connected.

“In our first decade we’ve been able to connect mobile than a billion people to Facebook,” the company said in a media release. “Internet.org’s mission is to make affordable Internet access available to everyone in the world and to make the opportunities of the Internet available to everyone. Free basic services are our solution to increase accessibility of the Internet and create awareness around the value it may bring,”

The free basic services that will be available through Internet.org to consumers with a Tigo SIM card will include AccuWeather, BabyCenter & MAMA, BBC News, BING, UNICEF, Ebola Info, Facebook, UNICEF Facts for Life, Girl Effect by Nike Foundation, Malaria No More, Messenger, Wattpad, Wikipedia, Wiwisport, Dakaractu.com, Senjob. All services are in French. 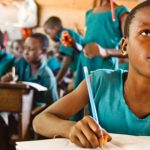 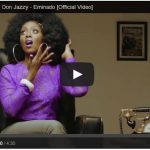