Facebook CEO Mark Zuckerberg and his wife Priscilla Chan are expecting their second child. The billionaire entrepreneur announced the happy news on his own Facebook page on Thursday (9 March).

The couple, who already have a 15-month-old daughter named Max. feared they might not be able to conceive again.

ALSO READ:  Photos: This German Company Has Made The Flying Car A Reality

“When Priscilla and I first found out she was pregnant again, our first hope was that the child would be healthy,” Zuckerberg said in the candid post.

“My next hope was that it would be a girl. I cannot think of a greater gift than having a sister and I’m so happy Max and our new child will have each other.”

ALSO READ:  Mark Zuckerberg speaks out in support of Muslims. "As a Jew, my parents taught me to stand up against attacks on all communities"

Sharing several family photos of himself and Priscilla as children with their own siblings, Zuckerberg went on to describe how he and his wife, who works as a paediatrician, both grew up with sisters who were more like best friends.

“I grew up with three sisters and they taught me to learn from smart, strong women. They weren’t just my sisters but some of my best friends. They’ve gone on to write books, excel at performance, music, sports, cooking and their careers. They showed me how to compete and still laugh together afterwards,” Zuckerberg said.

“Priscilla grew up with two sisters and they taught her the importance of family, caring for others and hard work. They supported each other as first generation college students and in their careers in medicine and business. They have so many inside jokes – the kind only siblings can understand.

Celebrating the important roles women play and anticipating the arrival of his second daughter, he added: “We are all better people because of the the strong women in our lives – sisters, mothers and friends. We can’t wait to welcome our new little one and do our best to raise another strong woman.”

Zuckerberg and Chan met while studying at Harvard and were married in 2012 after almost a decade of dating. After trying to conceive for several years they announced their first pregnancy in December 2015.

They recently returned to their home in Palo Alto, California after touring the US for Facebook, reports Mail Online. 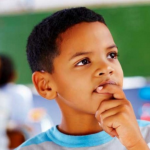