Africa is home to the youngest population in the world and yet its leaders are arguably the oldest too. This dichotomy is hard to understand. Why does a continent with a median age of 19.5 and an average of 18 have old leaders? When taken into context, half of Africa’s 1,216,129,815 people are younger than 19.5 years and yet the average age of all Presidents happens to be 61. The 10 oldest presidents have an average age of 79 in a continent that has no less than 460 million people aged under 14. David E. Kiwuwa, an Associate Professor of International Studies at Princeton presents some unflattering statistics to the effect that 85% of Angolans were born after President Dos Santos came into power in 1979 while 83% of Zimbabweans were not born when President Mugabe came into power in 1980. Africa’s five longest presidencies now stretch between 30 and 37 years and give a total of 174 combined years in power. When Gabon’s Omar Bongo died in 2011, he had been at the helm for a ridiculous 41 years. Why do leaders rule for so long? Why do old leaders lead a young continent?

The fallacious claim that youths are incapable of leading

In 1986, a forty-one year old Yoweri Museveni remarked in his book, What is Africa’s Problem, “The problem with Africa in general and Uganda in particular is not the people, but leaders who want to overstay in power.”

ALSO READ:  Nigerian Lawyer, Fani Kayode Reveals What Donald Trump Will Do To Muslims In Nigeria

How ironic that he makes the top list of the longest serving leaders with three decades at the top. The old guard he now is a part of has managed to make citizens believe that younger leaders are incapable of leading thus justifying their stay in power. An easy illustration is in the utterances of the Zimbabwean First Lady that President Mugabe would rule from his grave. What she was fostering was an age-old philosophy that the premier leads because no one else is capable of doing it. It then almost feels like a favour being done to the country and everyone should be indebted to a selfless son of the motherland who chose to carry the “burden” of leadership. The logic is warped and ludicrous. The governments of the old guard are there to propagate the inferiority complex in citizens and feed their insecurities so they feel the boots of the “iconic rulers” cannot be filled. This reasoning conveniently avoids the fact that when most of these leaders assumed power, they were young but they managed to lead. If younger people are not fit to lead, it is their fault as they make their succession taboo.

ALSO READ:  Homeless to Harvard: The Story of Richard Jenkins is the Inspiration Everyone Needs to Have

The vanguards of African independence?

One of the reasons Mandela was respected for his role in the liberation of South Africa was that he knew when to stop. The old men’s club wielding African power seems to have missed that simple lesson of history. All the good work done in destroying the fetters of colonialism is at a high risk of being superseded by the brutality they used in consolidating power. Kiwuwa says, “The paradox is informed by a binary where those at the top are stuck in the anti-colonial/Western mentality. Added to this are nostalgia of liberation struggles, distrust for youth….”

President Museveni of Uganda believes he will only step down when East Africa achieves unity. His philosophical reasoning for remaining put is something like this, “I am not a fanatic of presidency. If you want to survive, you blacks, you must work for African unity and for pan-Africanism. How will you survive against Britain, China and India?”

These leaders generally have discernible delusional beliefs that they are what stands between African and the second colonisation. Africans understand that the West has selfish agendas and even the youths are able of fighting off the exploitative double standards of the developed world. The war does not have to be personal and they cannot fight it alone after all. The unification of East Africa and the whole continent need not be individualised; even after them, this can be achieved. When Equatorial Guinea’s President Teodoro Obiang speaks against repressive Western tendencies, along with his peers, the argument loses gravity as they are guilty of decades of repression in their own country. It is time for more credible leaders with clean slates to represent the interests of the continent.

Why leaders stay in power well into their old age might not even be a complex ideological question; some leaders are just greedy and want to remain in a position that allows them and their cronies to loot. President Dos Santos of Angola’s daughter, Isabel dos Santos is worth $3.2 billion, according to Forbes. She is said to deny having holdings with connections to her father but “Forbes research found that he transferred stakes in several Angolan companies to her”. In October 2015, four members of the European Parliament are said to have called for an investigation into her wealth as it seemed the Angolan government was financing her investments. Jacob Zuma of South Africa, well above 70 is another old leader in a young continent. His Nkandla fiasco is yet another example of an old president abusing state resources. Not for the strict controls in South Africa, he might have walked away with the upgrades to his Nkandla home unscathed.

Though many reasons may be presented as to why old leaders are at the driving seat in Africa, one thing is certain; they have been winning elections. In the African society, respect is more readily given to elders who are given such titles of reverence as “father”. Tradition therefore does play a role in the African political matrix and almost everytime, the older the better your chances. Is this still a cultural conviction that youths hold? That is a moot point. The role of State media is to promulgate such ideas in the youth and when they do not succeed, the old guard uses old disciplinarian tactics, abducting and whipping the young into line. The respect the leaders are given and demand goes to the extent of making dissension a treasonous activity. It becomes clear, therefore that the leaders if not for their age and what they stand for are supported because of fear of victimisation. After all, with decades of power, these are people with enough political tact to easily fend off opposition. They win when it counts.

Are they still relevant?

Africa is a continent on the move and requires leaders able to flexibly protect African interests yet also capable of dialogue with the developed world for fair partnership. A one-dimensional anti-West rhetoric is only going to isolate Africa. Most old leaders are simply ignorant to this fact and take dialogue with the developed world as “selling out”. Are the old leaders able to lead the technological revolution in Africa? Now in the current slump, are they proactive enough to adapt policy to the changing times? Is simply being icons of pan-Africanism enough to substantiate prolonged rule? The best leaders know when to call it a day. 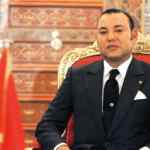 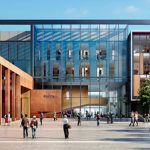