The Cameroonian government has ruled that Cameroon’s exclusion from the African Growth and Opportunity Act (AGOA) “is a misunderstanding of the real situation,” the Ecofin Agency has learned.

“The Cameroonian government believes that as Cameroon’s eligibility for AGOA proceeded from a sovereign decision of the US government, as the possible decision of the government to withdraw in Cameroon the benefit of the benefits of this law is an act of sovereignty that no one can challenge him. However, what is questionable to us is the pretexts and reasons put forward to explain or justify the will of the US government, “said Réné Emmanuel Sadi, the Cameroonian Minister of Communication.

According to Mr. Sadi, the Cameroonian government is justified in saying that these reasons invoked to justify the envisaged decision of the American authorities hardly correspond to the reality of the facts on the ground. They are, in the opinion of the Government, “either of ignorance or of ignorance of the actual situation, as prevailed and still prevails in the North-West and South-West, deliberate will to ignore this reality “.

On October 31, 2019, US President Donald Trump took the decision to withdraw from January 1, 2020 the country of Paul BIYA beneficiary countries of the benefits of the law on growth and economic prospects in Africa (AGOA)

This withdrawal of Cameroon from the beneficiary countries of the AGOA is explained by Donald Trump by the undeniable violations of human rights in the country. But the government spokesman considers contentious the grounds justifying put forward by Donald Trump to explain his decision. 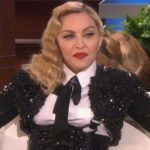 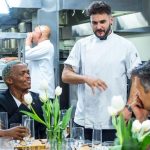