The defender’s scything body check on Claudio Caniggia in the opening game against Argentina in Milan was later dubbed the worst tackle in World Cup history.

It reinforced an unwanted reputation of defensive brutality that surrounded Cameroon’s unprecedented run to the quarter-finals of the tournament, going further than any African side had done before. 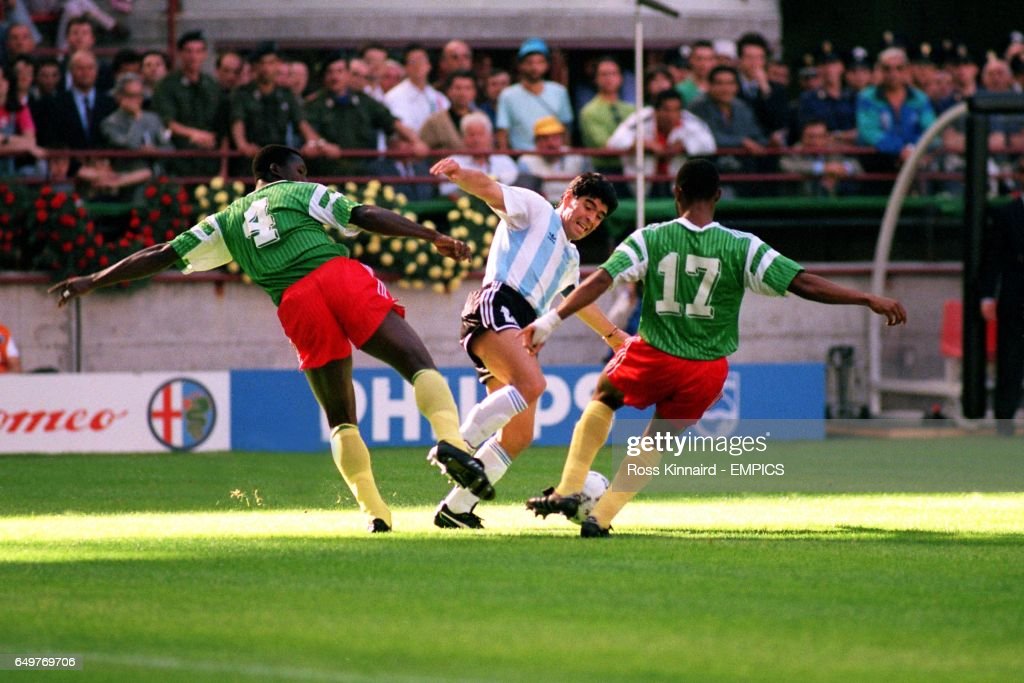 Massing was sent off in the opening game of the 1990 World Cup and sat out the next three, but returned to play against England in the last eight in Naples where he gave away a penalty for a tackle on Gary Lineker as Cameroon were beaten 3-2 in extra time.

Massing, who played in France at Creteil, won 34 caps for his country between 1986 and 1992. The cause of his death was not reported.