Good governance is gaining ground in Africa, but unfortunately it is happening at snail’s pace. The continent has seen some of the world’s worst dictators. While it is true that African leaders are becoming democratic and are showing more respect for human rights, there are some leaders who have a long way to go before they can be regarded as worthy leaders.

Here is a brief introduction of 10 worst African dictators of all time. These dictators have caused immense misery to many people.

Sani Abacha ruled Nigeria from 1993 to 1998. He was the epitome of brutality and was responsible for the imprisonment and executions of many of his opponents. He amassed a fortune from his personal dealings in Nigeria’s oil reserves. This unscrupulous ruler embezzled billions of dollars from the nation’s central bank. This brutal dictator was narcissistic. He had an insatiable appetite for power and authority. He was self-crowned emperor of the Central African Republic until he was ousted in 1979. Ahmed Sekou Toure ruled Guinea from 1958 to 1984. He was a corrupt leader who imposed harsh laws on the people. He became infamous for inventing innovative methods of murder. Teodoro Obiang Nguema Mbasogo is the president of Equatorial Guinea. He has ruled Equatorial Guinea since August 1979. He came to power by overthrowing his uncle Francisco Macias Nguema in a bloody coup. He is currently the longest serving president in Africa.

Although some Africans saw him as King of Kings of Africa, Muammar Gaddafi was an egoist. He ran a police state. Some Libyans call him a lunatic others a hero. His children and immediate relatives had the right to kill without anyone questioning them. He was killed on 20 October 2011. Robert Mugabe is the president of Zimbabwe since 1987. Many people call him a murderous despot. Over the years, he has arrested and tortured the opposition and squeezed the nation’s economy into negative growth and billion-percent inflation. Omar al-Bashir is the president of Sudan. He seized power in 1989 in a bloodless military coup against the government of the democratically elected Prime Minister Sadiq al-Mahdi. Over the years this tyrant has murdered tens of thousands of innocent people in Sudan. He has been declared a war criminal and a wanted by International Criminal Court (ICC). Charles was the president of Liberia from 1997 to 2003. He was the main cause of the Liberian civil war, which killed many innocent Liberians. He encouraged his followers to use rape as a weapon and cut of the hands of people who opposed him. The warlord was found guilty of all 11 counts of “aiding and abetting” war crimes and crimes against humanity by Special Court for Sierra Leone (SCSL). Mobutu Sese Seko was the president of the Democratic Republic of Congo between 1965 and 1997. He killed innumerable number of people during his tenure as president. He murdered opposition leaders in broad daylight. He forced all television stations to start the evening news with an image of him descending through clouds from the heavens. Idi Amin Dada of Uganda tops the list. He was the president of Uganda between 1971 and 1979. He murdered more than 500,000 Ugandans, including foreign investors, opposition leaders and archbishops. He also confirmed to eating human flesh. The mad man raped almost all the beautiful girls surrounding his palace.

He gave himself numerous title including: His Excellency President for Life, Field Marshal Al Hadji Dr. Idi Amin, VC, DSO, MC, Lord of All the Beasts of the Earth and Fishes of the Sea and Conqueror of the British Empire in Africa. 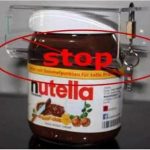 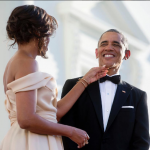