The AIDS pageant which was launched in 2014, is organised to enlighten people about the dangers of discriminating against people with the disease

These ladies have exhibited profound bravery and boldness, which beats the imagination of many. Yes! a beauty pageant exclusively for people leaving with HIV/AIDS. This year’s winner Tryphena

Yes! A beauty pageant exclusively for people leaving with HIV/AIDS. This year’s winner Tryphena Natukunda, opened up about her experiences as a HIV patient. As a child, Tryphena would always want to go out by herself, as she had grown to accept her status.

But her mother would always restrain her from going out alone or taking her antiretroviral medicines around strangers or distant relatives. Her mother wanted her condition kept a secret within the family, as public attention might fuel stigmatization.

But today, she has become an icon for millions of people suffering from the dreaded disease. Now 18, Tryphena Natukunda is the latest winner of Miss Young Positive Uganda; a beauty pageant for young Ugandan women living with HIV/AIDS. The 18-year-old received her crown at Golf Course Hotel Kampala, Uganda, on Saturday, Sept. 24, 2016.

As she had her makeup done backstage before the show, Natukunda spoke about how much her family wanted her condition to be kept a secret, considering the dreaded stigma attached to it.

Instead of physical attributes or special talents, contestants were judged on their knowledge of HIV, including basic questions regarding the disease.

A similar competition is also held for the men in the category. According to the organizers of the AIDS pageant, the only way to curb the irrational fear of AIDS is for more people living with HIV to open up about their status rather than conceal it.

It’s not just in Uganda alone, across Eastern Africa where the disease is highly prevalent, HIV patients are always scared of taking their drugs around people for fear of being stigmatized.

But with the 3-year old pageant, it is hoped that the alarming rate of HIV stigamtization would come to an end. Natkunda from now becomes an ambassador in the fight against AIDS. 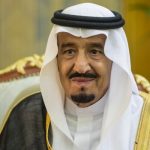 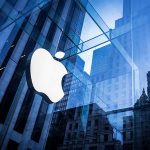