This is Isabel dos Santos, Africa’s richest woman as we speak.

She’s Africa’s richest woman according to Forbes 2016 research. Her rise to stardom is a truism of John Mason’s assertion: “The world makes room for a person of purpose.” According to Forbes, her real time Net Worth as of September 24, 2016, was $3.3 Billion.

Born on April 20th, 1973 in Baku, Azerbaijan SSR, Isabel dos Santos had one goal: to make impact in what many tagged “the men’s world.” Though she was born with a silver spoon in her mouth as the daughter of Angola’s long serving President, Jose Eduardo dos Santos, she chose to follow the rocky path.

“I am not financed by any state money or any public funds. I don’t do that. I always had this wish to stand alone and not be in my parents’ shadow,” she said in a recent interview with the Wall Street Journal, while reacting to critics, who hinted she is flourishing under the influence of her father’s wealth.

Her journey to greatness kick-started at King’s College in London where she studied electrical engineering, and latter bagged Bachelor of Arts/ Science degrees.

In the early 1990s, Isabel dos Santos returned from London to join her father in Luanda and started working as a project manager engineer for Urbana 2000, a subsidiary of Jembas Group that won the contract for the cleaning and disinfection of the capital.

Consumed by a passion to succeed, she set up a trucking business which served as her bedrock before she joined the telecommunications world.

At 24, she started her first business by opening the Miami Beach Club, one of the very first night clubs and beach restaurants on the Luanda Island in 1997.

In a space of 20 years, the business mogul had expanded her business interests to garner several holdings in Angola and mostly abroad even as she surged interest in making investments in established enterprises, notably in Portugal.

Since 2008, she has made relevant investments in telecommunications, finance, media, retail and energy industry both in Angola and in Portugal.

From 2009 to 2012, her shares increased exponentially, investing heavily in Telecommunications and financial services both in Angola and abroad.

Unexpectedly, her investments only took only few time to manifest and since then, encomiums as well as awards have not stopped trickling in.

In 2007, the business guru was described by Portuguese daily newspaper, Publico as a good businesswoman, very dynamic and intelligent, who’s also professional and friendly.

In December 2014, the Togolese magazine African Top Success named Isabel dos Santos as “African of the Year” dusting off competition from five opponents from the continent.

In November 2015, BBC named her as one of the 100 most influential women in the world for her leading role in the economy and development of the African continent. And that’s our dream, make Africa a place like anywhere else in the world.”

Little wonder an anonymous philosopher quipped: “It may be in seemingly unimportant things that a man expresses his passion for perfection, yet they will count heavily in the long run.”

At 43, and happily married to Sindika Dokolo from the Democratic Republic of the Congo, with three children, Isabel dos Santos is unarguably one of the best women to have graced the African continent. 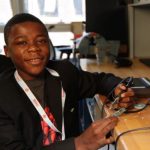 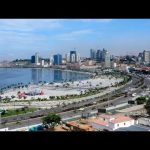