Mount Kilimanjaro and Mount Kenya may be two of the most known mountains in Africa, yet Uganda, frequently alluded to as the Pearl of Africa is the place the Rwenzori Mountains are found, a magnificence worth investigating. The mountains are a standout amongst the most amazing locales in Africa.

The mountains are said to have been formed three million years ago. The range is about 120 kilometres long and 60 kilometres wide. The Rwenzori is composed of a group of mountains referred to as massifs. The massifs are separated by deep gorges. They are Mount Stanley (5,109 metres), Mount Speke (4,890 metres), Mount Baker (4,843 metres), Mount Emin (4,798 metres), Mount Gessi (4,715 metres) and Mount Luigi di Savoia (4,627 metres).

The peak of the mountains is the Marhgherita Peak which is on Mount Stanley. It is the third highest peak in Africa. The name Ruwenzori was changed to Rwenzori around 1980. This was in order to keep more closely with the local name Rwenjura.

The mountains are one of the sources of the river Nile. Although glaciers are disappearing from the mountains due to global warming, the Rwenzori peaks are permanently snow-capped.

The reference to Mount Rwenzori as Mountains of the Moon came from Greek explorers trying to locate the source of the Nile. A merchant called Diogenes reported that the source of the Nile came from a group of mountains which the indigenes of the land called Mountains of the  Moon because of their snow-capped whiteness. Unfortunately this snow-capped whiteness has been reducing and is likely to stop existing.

The glacial recession on the Rwenzori Mountains has been a cause for worry. It is one of the evidence of global warming. In 1906, the Rwenzori had 43 glaciers across six mountains. Almost 100 years later, in 2005, less than half of those glaciers were present on three mountains.

Read: Sossusvlei, one of Africa’s most spectacular landmarks

The Rwenzori Mountains experience high and regular rainfall throughout the year making it have one of the most diverse vegetation. The Rwenzori has five vegetation zones which changes as one goes higher. The grassland which is found at 1000 to 2000 metres, montane forest (2000 to 3000m), bamboo/mimulopsis zone (2500 to 3,500m), heather/Rapanea zone (3000 to 4000m) and finally the afro-alpine moorland zone (4000 to 4,500m).

Uganda has three UNESCO Heritage Sites and Rwenzori Mountains National Park is one of them. 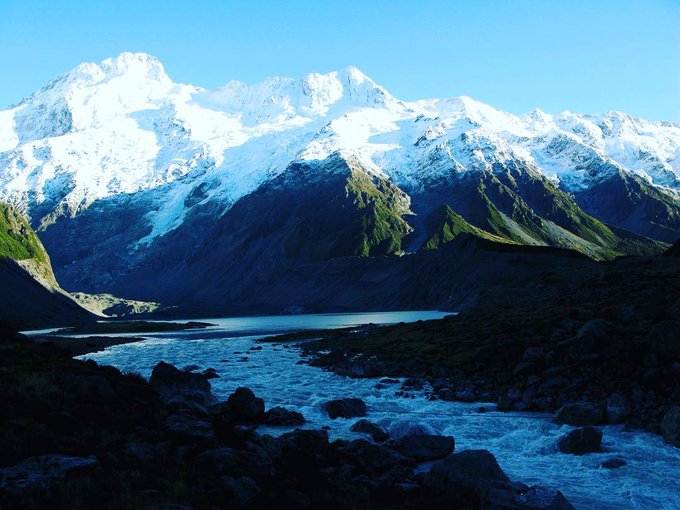 You grew up looking at snow on the Rwenzori mountains through out the year. Ask your self, where did it go? When did this start? 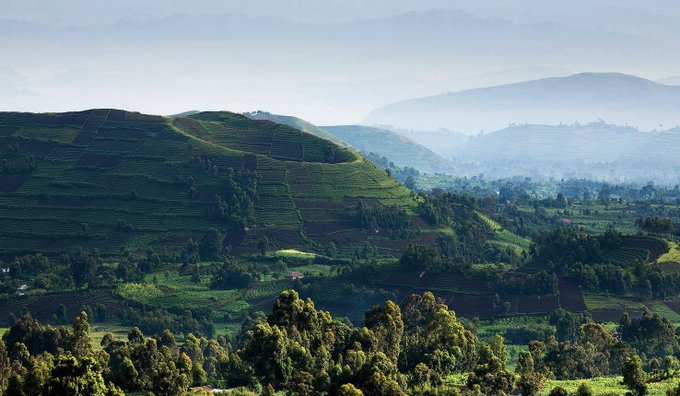 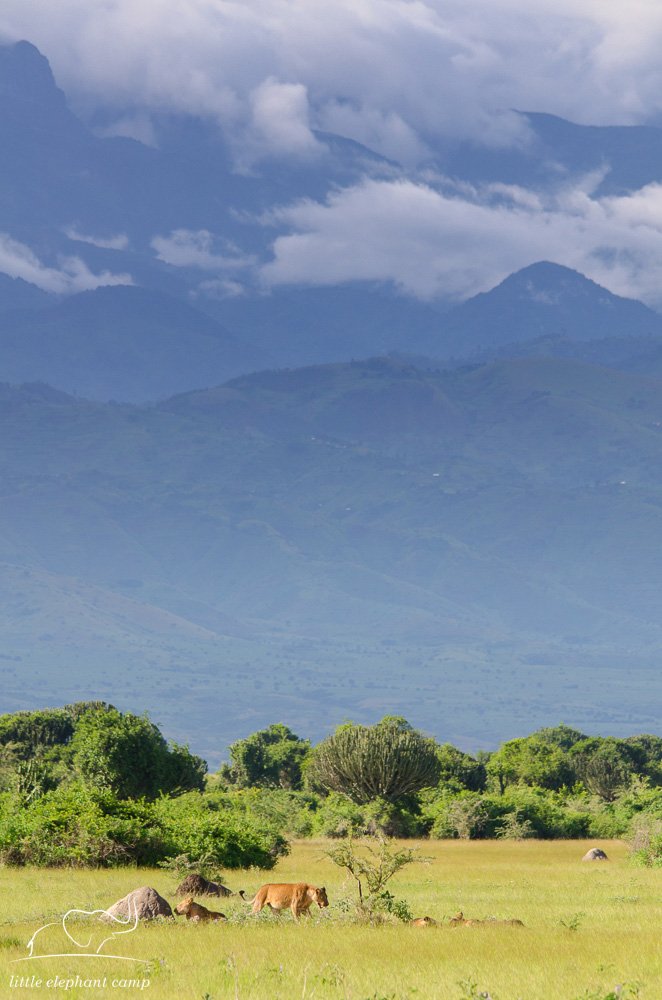 Watching lions with the famed Mountains of the Moon, the Rwenzori Mountains as a backdrop #qenp #queenelizabethnp#uganda #ug #safari 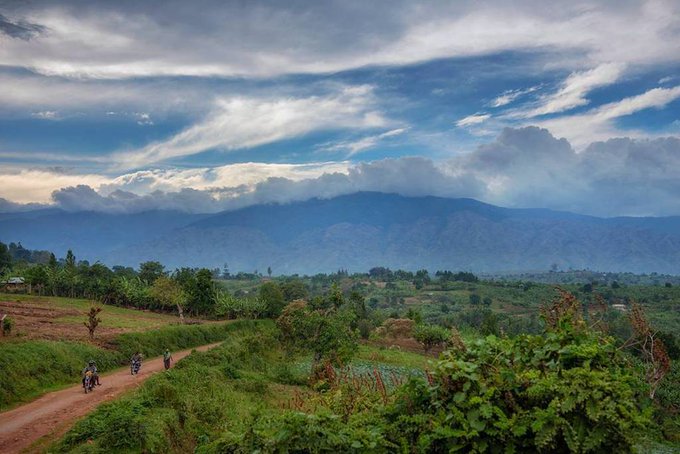 On assignment for @IRCWASH in Uganda with the beautiful Rwenzori mountains in the backgrou… https://www.instagram.com/p/BQyD8-FAUgD/ 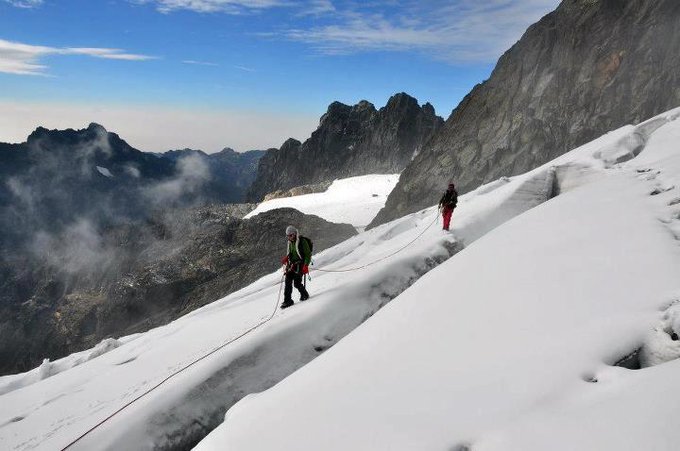 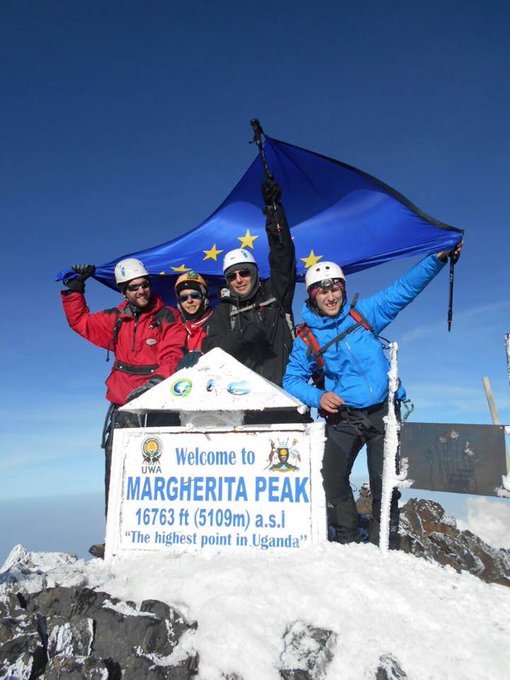 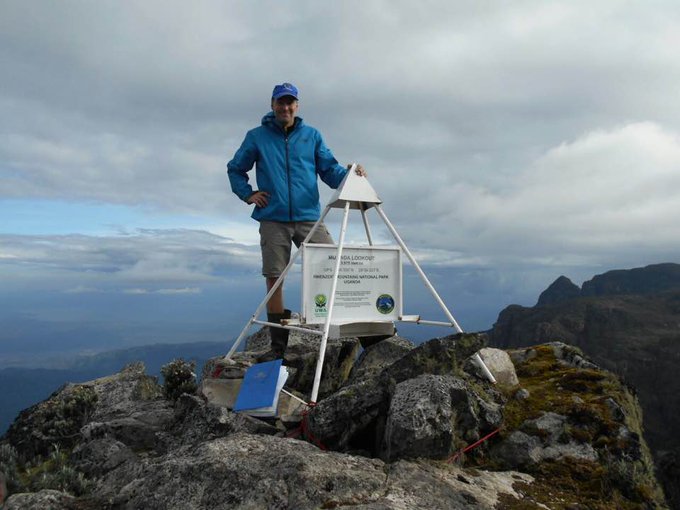 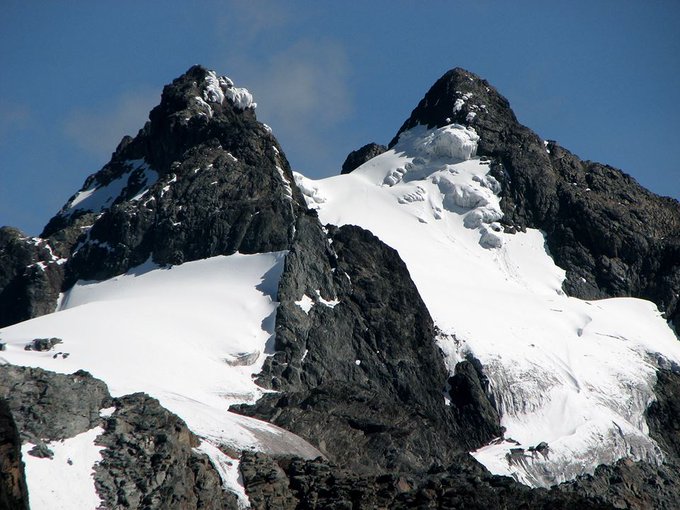