The leaders of Ethiopia and Eritrea re-opened crossing points on their shared border for the first time in 20 years on Tuesday, cementing a stunning reconciliation and giving Addis Ababa a direct route to its former foe’s Red Sea ports.

Ethiopian and Eritrean forces stationed along the border will be moved back to camps to ease tensions further, Ethiopian Prime Minister Abiy Ahmed said.

“We heralded the new year by demolishing the trenches along our border,” Abiy told reporters, referring to the fact that Ethiopian New Year was celebrated on Tuesday.

“As of today, Ethiopia’s defence forces (along the border with Eritrea) will be gathered to camps and ease tension that was often extreme. The same will be done from the Eritrean side.”

The war that broke out in 1998 over the border and other issues killed an estimated 80,000 people before fighting ended in 2000 in a contested peace deal.

Tensions burned on over the position of the frontier – until Abiy offered to end the military standoff this year as part of a package of reforms that have reshaped the political landscape in the Horn of Africa and beyond.

Thousands of people from both countries watched one border opening ceremony in Zalambessa, an Ethiopian border town that was reduced to rubble soon after hostilities between the neighbours started in 1998.

“This is the happiest day of my life,” Ruta Haddis, an Eritrean from the town of Senafe just across the frontier, told reporters. “I never thought this would take place in my lifetime.”

The Debay Sima – Bure crossing leads to the port of Assab in Eritrea’s east, while its Massawa port is directly north of the Serha – Zalambessa connection.

Ethiopia, a rising economic power with 100 million people, had been almost entirely dependent on tiny neighbour Djibouti for access to the Red Sea since 1998.

Pictures posted online by Abiy’s chief of staff showed the leaders talking and walking side by side in Bure – Abiy in camouflaged military fatigues and Isaias wearing sandals and a safari suit.

PM Abiy Ahmed and President Isaias Afwerki are visiting Bure Front along Ethio-Eritrea border to celebrate the New Year with members of the Ethiopian & Eritrean Defense Forces following the full normalization of the relations between the two countries. #Ethiopia #Eritrea pic.twitter.com/Z9C4QkNsPM

Some of the fiercest fighting during the 1998-2000 war took place in the Bure region.

The Eritrean and Ethiopian leaders have moved swiftly to end two decades of hostility since signing a breakthrough agreement in Asmara on July 9 to restore ties.

Eritrea reopened its embassy in Ethiopia in July, Ethiopia reciprocated last week and the two countries have resumed flights.

The two leaders also celebrated Ethiopian New Year together at the border with their troops on Tuesday, Abiy’s Chief of Staff, Fitsum Arega, said.

Ethiopia follows a calendar similar to the ancient Julian one – which started disappearing from the West in the 16th century – meaning the country entered its year 2011 on Tuesday. 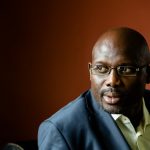 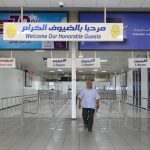