Eritrea says more still needs to be done to strengthen its new found relations with Ethiopia.

This even after the two nations sought out to bury their difference after close to two decades of hostile relations and closed borders.

Eritrean President Isaias Afwerki on Saturday said the two countries had built trust since signing a peace deal in July, but need to iron out further elements of their ties to make their cooperation sustainable.

The neighboring countries had been bitter enemies since the late 90’s when a two year border war erupted after strong disagreements on trade.

Ehiopia’s Prime Minister Abiy Ahmed, who is considered as a reformist leader, sought out the peace deal, shortly after his appointment, as part of a package of reforms that have reshaped the political landscape in the Horn of Africa.

The two countries have since reopened crossing points and embassies and resumed flights between their capitals.

Reuters reports that Isaias told state-run television that the peace deal had heralded a “transitional stage that will lead to a new era” between the neighbours.

“The priority now is to create an environment for this new reality to flourish,” he told Eri-TV late on Saturday.

“We need to consolidate. One by one, we have to clearly state our issues and solidify them on a concrete basis. The reality is new, but it has to be sustainable,” Isaias added, without going into specifics. 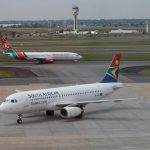 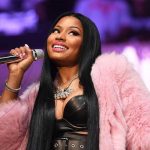