The trio missed from the spot as the Italian team won 3-2 in a penalty shoot-out after the final game ended in a 1-1 draw after extra time.

He said: ‘It’s just not what we stand for. We have been a beacon of light in bringing people together in people being able to relate to the national team, and the national team stands for everybody and so that togetherness has to continue.

‘We have shown the power our country has when it does come together and has that energy and positivity together.

‘It’s my decision who takes the penalties, it’s not a case of players not volunteering or more experienced players backing out.’

Prince William this morning said he was sickened by racist abuse of the England team, describing vile slurs at players as ‘totally unacceptable’.

The Duke of Cambridge, who was at the game last night, called for those behind the messages to be punished.

And William – who is president of the FA – said the appalling remarks had to be stamped out for good.

He said: ‘I am sickened by the racist abuse aimed at England players after last night’s match.

‘It is totally unacceptable that players have to endure this abhorrent behaviour.

‘It must stop now and all those involved should be held accountable.’

And William – who is president of the FA – said the appalling remarks had to be stamped out for good.

He said: ‘I am sickened by the racist abuse aimed at England players after last night’s match.

‘It is totally unacceptable that players have to endure this abhorrent behaviour.

‘It must stop now and all those involved should be held accountable.’

It came as Savills estate agent launched an investigation after claims a member of staff had been behind one of the messages.

A spokesperson said: ‘Savills abhors and has zero-tolerance to any form of racism and racial discrimination and is appalled by the racist comments in these tweets.

‘Savills is immediately investigating and will take appropriate action.’
The PM echoed the Football Association’s condemnation of those attacking the players after the team lost to Italy.

Mr Johnson said: ‘This England team deserve to be lauded as heroes, not racially abused on social media.

‘Those responsible for this appalling abuse should be ashamed of themselves.

In response to the deluge of racist comments and FA spokesman made it clear that racists are not wanted in football.

A spokesman said: ‘The FA strongly condemns all forms of discrimination and is appalled by the online racism that has been aimed at some of our England players on social media.

‘We could not be clearer that anyone behind such disgusting behaviour is not welcome in following the team. We will do all we can to support the players affected while urging the toughest punishments possible for anyone responsible.

‘We will continue to do everything we can to stamp discrimination out of the game, but we implore government to act quickly and bring in the appropriate legislation so this abuse has real life consequences.

‘Social media companies need to step up and take accountability and action to ban abusers from their platforms, gather evidence that can lead to prosecution and support making their platforms free from this type of abhorrent abuse.’

And the Metropolitan Police confirmed they will be investigating the abuse and said: ‘We are aware of a number of offensive and racist social media comments being directed towards footballers following the #Euro2020 final.

‘This abuse is totally unacceptable, it will not be tolerated and it will be investigated.’ 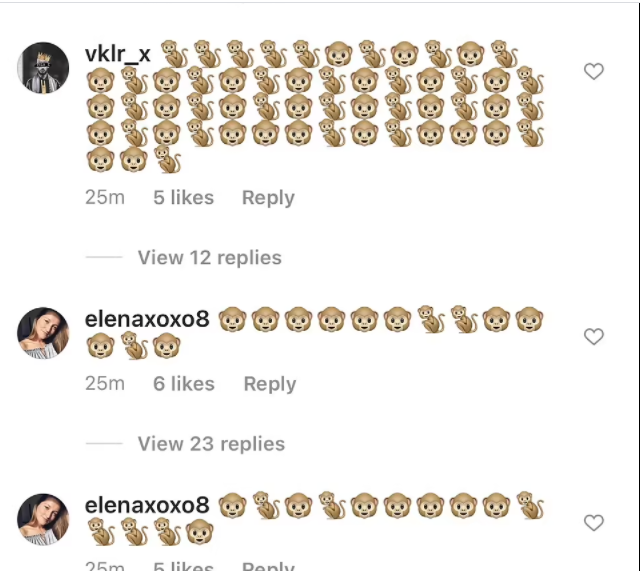