Former Arsenal and Galatasaray defender Emmanuel Eboué said he still struggles with the depression three years after his suspension of football by Fifa.

The player was suspended for a year by Fifa for not having paid his former agent, Sebastien Boisseau.

ALSO READ:  Ethiopian Man Constructs His Own Airplane To Fulfil Childhood Dream Of Flying a Plane!

The Ivorian received this sanction after his arrival at Sunderland in March 2016, and his contract with the Black Cats was terminated less than a month later.

ALSO READ:  Aubameyang Speaks Out For The First Time Since The 'Violent' Burglary That Left Him With A Broken Jaw

During the period when he could not play or train with any club, Emmanuel Eboué claims that he had been forced to lie and make his children believe that he was playing for a club.

“The Federation suspended me from any activity, I did not have the right to train with a club. A year away from the fields. I would have trained with a club, I could have forgotten the problems. But I did not have access to a club. I was training alone and I was ashamed because people looked at me differently. Some said ‘it’s Eboué, the second defender of Europe in 2006’ … Me, usually I trained in the morning. But there were people who were training at that time, they came to take a picture and swing it … so I went to train at night. There was no light but I could not stay at home, “ said Emmanuel Eboue at the microphone of RMC Sport

After the lifting of the sanction in 2017, Emmanuel Eboué was shaken by a family problem that led to a difficult divorce, which ruined him financially. He even thought of suicide. Even if this horrible period has passed, Emmanuel Eboué is still struggling to recover.

“When I saw my children, they asked me when I was going back to the field. So when I went out in the morning, I pretended to go to train, continues Eboué. I was staying outside and going home when my children were already in bed. I did not want them to ask me why they did not see me playing. “

“I often locked myself in my room for three or four days. Even today, I take antidepressants. People tell me I should have had money somewhere. But when I was with my ex-wife, I was thoroughly. Why hide my money? I wanted to make my life with her, I could not think she was going to do that to me, “he added. 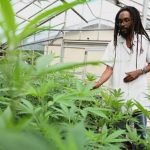 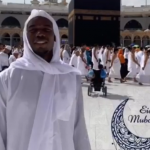