More than 170 countries, 3,000 companies and 400,000 importers are all in Shanghai taking part. Liao said the CIIE is not only a platform to enhance Chinese-Egyptian win-win cooperation but is also a new window to promote Egypt’s historical and cultural charms and its economic and social accomplishments to the world.

China’s growing relations with Egypt have been elevated to the level of comprehensive strategic partnership, as many Chinese companies have been operating in Egypt and taking part in Egyptian mega projects in recent years.

“The comprehensive strategic partnership between China and Egypt has reached a new high,” Liao wrote, hailing the mounting diplomatic, economic and commercial relations between the two countries.

“China is the largest trade partner with Egypt and it will always be willing to work with the Egyptian side on boosting cooperation in promoting Egyptian products, adjusting the balance of trade as much as possible and facilitating their two-way trade,” the Chinese ambassador said.

A total of 23 Egyptian companies are in Shanghai for this year’s event the expo this year. A third of those firms joined more than 220 corporations rated among the Fortune Global 500 took part in the first CIIE last November. 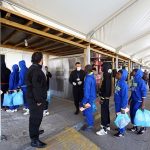 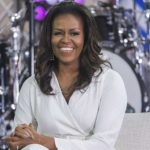