Egyptian Ministry of Antiquities announced on Friday that it has discovered a number of huge archaeological stone blocks near Giza pyramids west of the capital Cairo.

The ministry said in a statement that the archaeological excavators at Mit Rahina area of Giza unearthed 19 ancient blocks of pink granite and limestone that used to be parts of the great temple of Ptah.

The ministry revealed that its teams will continue the excavation works in the area in an attempt to uncover the rest of the blocks that make up parts of the temple, noting that the discovered blocks were transferred to the open museum in Mit Rahina for cleaning and restoration works.

ALSO READ:  How Cameroon’s Severin Kezeu's Invention Of An Anti-Collision System To Save Lives Landed Him In Custody In France
Loading...

“It is an important discovery, not only for its value, but also for scientific research,” Maha Salah, a Cairo-based journalist focusing on Egyptology, told Xinhua.

Salah said that the Temple of Ptah in Giza was one of the largest and most important temple in ancient Memphis, noting that much of what is known about the temple comes from ancient writings.

“Archaeologists started to excavate the site of the temple since last century. Their works have revealed ruins of temple, which took the form of a walled compound accessible by several gates,” Salah added.

She stressed that the new discovery will help Egyptologists know more about the temple and open the door for more excavations in the area.

As one of the most ancient civilizations, Egypt has been working hard to preserve its rich archaeological heritages.

The North African country has witnessed several large-scale archeological discoveries this year in different parts of the country, including Pharaonic tombs, statues, coffins and mummies. 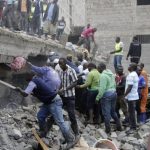 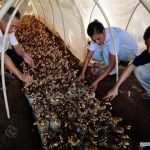