Dwayne ‘The Rock’ Johnson’s WWE Hall of Fame father, Rocky Johnson has passed away at the age of 75.

The sad news was confirmed by WWE on Wednesday, January 15, through a statement which expressed condolences to The Rock’s family.

“WWE is saddened to learn that WWE Hall of Famer Rocky Johnson has passed away,” the WWE said on social media.

Rocky was a legendary WWE wrestler that made history – he was part of the first-ever black tag team to win the championship. With him was Tony Atlas as they were known as the ‘Soul Patrol’.

The cause of death has not yet been revealed. Rocky trained his son to wrestle and is responsible for the living icon, ‘The Rock’ and the success he achieved.

WWE is saddened to learn that WWE Hall of Famer Rocky Johnson has passed away.

The Daily Mail reports that Rocky was inducted into the WWE Hall of Fame by Dwayne in 2008. Popularly known as Soul Man, he spent most of his career at the National Wrestling Alliance, where he won a number of championships.

Since the news of Rocky’s death has broken, social media users have been flooding platforms with heartfelt condolences and tributes.

Here’s what some of them had to say:

One of the men I looked up to and one of the best to ever do it. God rest his soul. #RIPRockyJohnson pic.twitter.com/VaTD5NsnjP

I am so sorry to hear of the passing of the great Rocky Johnson. Always a gentleman, I always enjoyed talking with him. My deepest condolences to his family, friends, and the fans who loved him. A very sad day for wrestling.#RIPRockyJohnson pic.twitter.com/4agKbOzAry

We are late but it’s with respect and love that we give our condolences from The MonsterCast to the family & friends & life that was Rocky Johnson. A trailblazer in many ways. #RIPRockyJohnson pic.twitter.com/f0hL6zissY

WWE is saddened to learn that WWE Hall of Famer Rocky Johnson has passed away. https://t.co/9uxrICJKxb 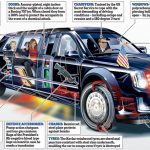 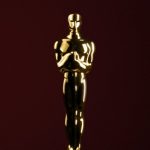