The recently popular local jargon ‘dumsor’ needs to be briefly defined for the sake of those probably reading or hearing about it in Ghana’s energy circles for the first time. Dumsor is a duo Akan term: – ‘dum’ simply means to put off and ‘sor’ means to put on light.

Therefore dumsor is the situation where electricity is intentionally manipulated to come on and go off by energy regulators (providers) to ensure fair share of electricity consumption for customers (technically known as power rationing).

There is no doubt that the current dumsor syndrome has particularly dire rippling economic consequences in the Ghanaian society and beyond. Indeed this unfortunate energy crisis phenomenon bedeviling my dear nation has been agitating my mind to raise a thousand and one rhetorical questions which many concerned Ghanaians inland and in the diaspora alike may be asking:

Ghana cannot aspire to reach or dine with the fastest growing nations in the world if aspects of energy generation, transmission and consumption needs are not adequately met. Energy in every sense of the word is akin to food, water and air as basic need of life due to its services critical for social and economic emancipation of a people and/or a nation.

This is so because, in this day and age, the world has become a technologically globalized village and energy availability and access is the driving force behind that. In my opinion, Ghana does not need to re-invent the wheel in the power sector but rather be swift in learning from already developed, energy-secured nations around the globe.

Obviously, energy demand in Ghana will continue to be on the ascendancy in the years to come partly attributable to growing human population and mushrooming of businesses which require energy for operations. 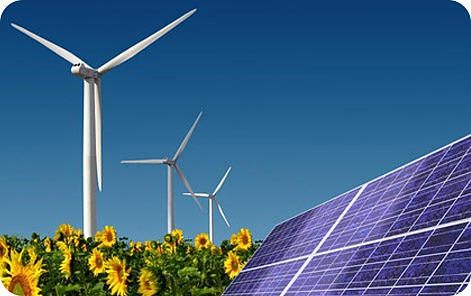 No country is sufficiently energy-secured with only one system of energy generation but rather institutionalizing and optimally utilizing the hybridized system of energy generation (conventional centralized-hydropower & thermal and decentralized systems-renewable sources) as done in the fast developing and developed nations. You and I are well aware that Akosombo dam, which is rain-fed and provides the bulk of electricity, can fail the nation in times of water scarcity.

Yet knowing this, there is no commensurate fast upscaling and proliferation of green technologies particularly solar technologies and the like to immediately fill in such energy generation gaps partly created by increasing energy demand. Ironically, despite Ghana being naturally blessed with numerous natural resources including energy resources, yet she is not being able to generate enough electricity to meet the growing energy needs and sadly find herself in this unpalatable dumsor situation.

For instance, Ghana is abound with so much solar energy resources and the technology is already commercially matured to deliver quality services for individual households and institutions in a sustainable manner as widely implemented in Germany and other parts of the world. This current energy crisis is suggestive of lack of consistent focus on worst case scenarios modeling by those in charge in my opinion. As an old adage goes, to be forewarned is to be forearmed, but not to virtually wait and only act when a problem surfaces.

Even though Ghana’s energy situation is still better than other neighbours in the West African sub-region via implementation of the energy policy guidelines spelled out in the National Electrification Scheme (NES) instituted since 1989 till date, we can still do far better than the current energy poverty situation in the country.

When best or excellence is expected, good is not better enough! I am quite optimist that renewable energy technologies (RETs) will capably fill this energy gap if well patronized. Instead of the decentralized solar photovoltaic electrification projects mainly focusing on rural communities as ideal places for such site-based energy sources at the moment, I would recommend intensification of urban solar electrification drive for private homes and public institutions, where the ability to pay for energy services is already high as compared to the rural poor.

The current dumsor menace confronting the nation under the leadership of President Mahama is greatly discomforting and no wonder the president is rightly under an avalanche of criticisms from various sections of Ghanaian society to be up and doing and quickly fix this energy crisis.

The president and the energy technocrats in charge can prove everybody wrong by resolving this unfortunate energy situation once and for all. I am still optimistic that there is hope in the power sector to deliver and the onus lies on the authorities to help fix the dumsor crisis for the betterment of the general populace.

Once again, green technology to supplement the conventional centralized energy system in the power sector is the promising way to go since that will not only help stop dumsor but also ameliorate the negative footprints of global climate change as well as making our country much more energy independent. Let’s all endeavour to use the limited available electricity efficiently and effectively for our own benefit.