The Duchess of Sussex arrived in Tonga with her husband this morning to attend a number of Royal engagements, starting with an official welcome ceremony at Fua’amotu International Airport.

As she stepped onto the red carpet, it became quickly apparent that Meghan had suffered a minor mishap with her bright red dress.

The gown’s tag was still attached the garment’s hem and was photographed hanging out of the bottom of the dress.

But despite the faux pas, the Duchess looked gorgeous in her bright red outfit, which paid homage to the colours of Tonga’s flag.

She accompanied the ensemble with a pair of blue heels and low-key jewellery.

After the official welcome, the couple will be guests of honour at the King and the Queen of Tonga’s official residence in Nuku’alofa for another reception and dinner.

Meghan will most likely change again ahead of the state dinner, at which guests will be required to wear formal evening attire.

There is much anticipation surrounding what she will wear this evening, as there is the possibility the Duchess will wear a tiara for the very first time. 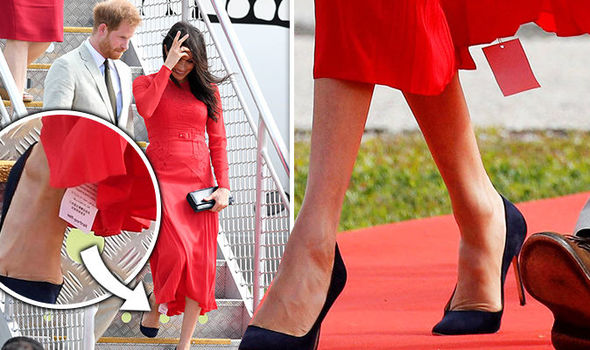 Meghan Markle dazzled in a stunning red dress as she landed in Tonga (Image: Getty) 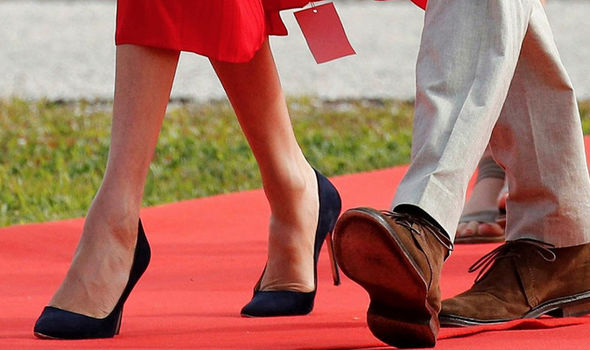 The gown’s tag was still attached the garment’s hem and was photographed hanging out of the bottom(Image: Reuters)

State dinners are the primary occasions when female members of the Royal family are permitted to wear tiaras from the Royal collection.

However, the former Suits actress decided not wear one at the banquet hosted by Fijian President Jioji Konrote on Tuesday.

The same evening, the Duchess of Cambridge dazzled in the diamond tiara that once belonged to Princess Diana at Buckingham Palace for the Dutch state dinner.

Reports suggest Meghan may have been deterred from wearing a tiara during the Royal tour as she would have been obliged to travel with the precious jewellery from London. 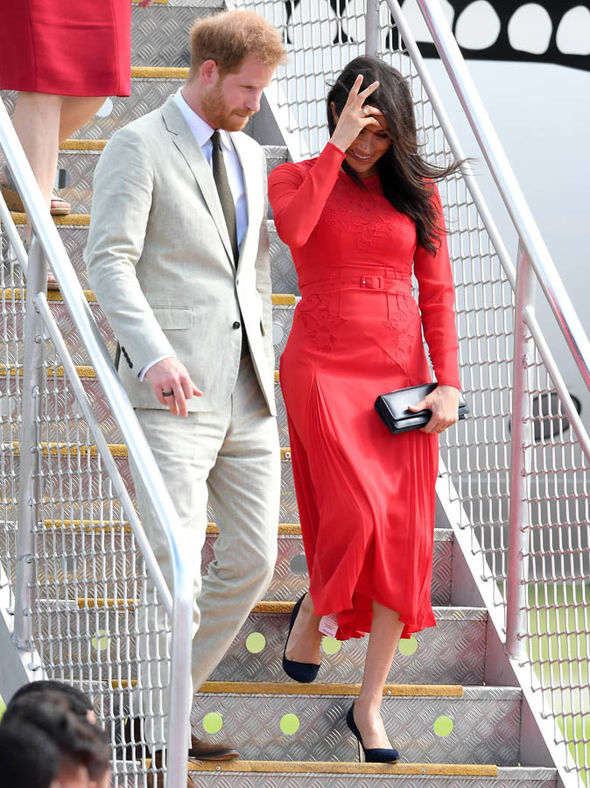 Meghan Markle arrived in Tonga with Prince Harry in a Self Portrait dress (Image: WIRE IMAGE) 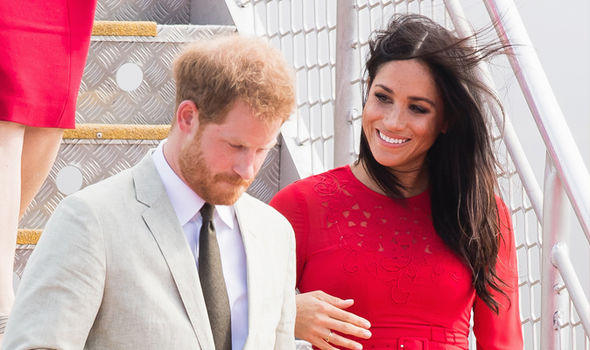 Meghan will most likely change again ahead of the state dinner (Image: Getty) 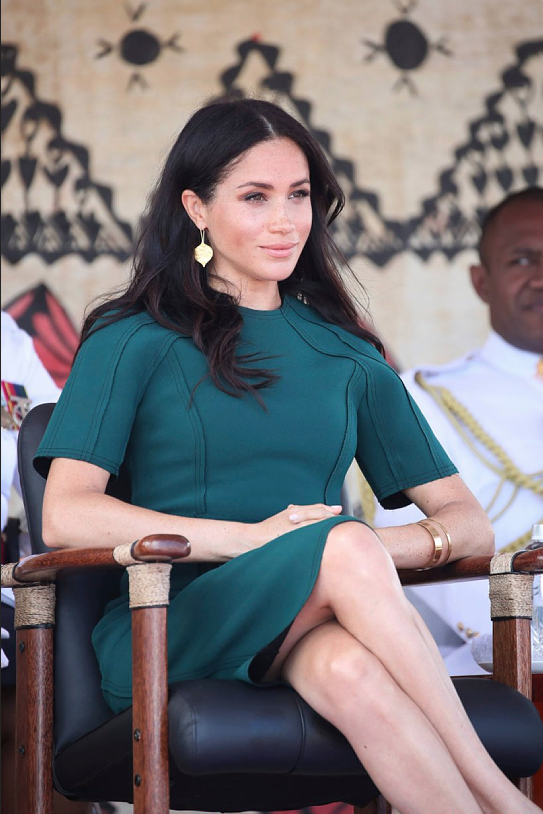 For the first visit of the day, Meghan decided to wear a fitted midi-dress by Jason Wu (Image: Getty)

For the first visit of the day, Meghan decided to wear a fitted midi-dress by Jason Wu.

She matched her outfit with gold leaf shaped earrings, a bracelet and her Manolo Blahnik BB pumps in black suede. 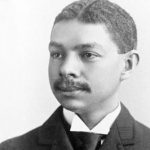 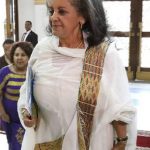