Dubai is known for taking hospitality to excess: the world’s tallest hotel, rooms costing $24,000 a night, replicas of Arabian and Russian palaces. But developers in the emirate are turning their attention to travellers on more modest budgets in an attempt to lure the Africa’s growing middle class.

“We are expecting an increase in that market, a need for more three- and four-star hotels and resorts,” says Ali Rashid Lootah, chairman of Nakheel, a state-owned property company.

“Our focus now is on the more affordable bracket,” he adds.

February 2016, Lootah’s company opened the first of 10 planned hotels and resorts, a three-star Ibis Styles hotel linked to Dragon Mart, a shopping and wholesale centre which claims to be the largest Chinese trading hub outside China. Dragon Mart has proved so popular that it was extended last year to more than double its space, and Lootah plans another hotel there.

As compiled by africanexponent, The city has identified a tourism strategy to cater for the emerging market, aimed at establishing three and four-star hotels to complement the lavish hotels and resorts enjoyed by the wealthy.

In a bid to encourage the establishment of these facilities, the state has granted waivers on identified fees at the start of operations (in the first ten years). According to Anas Allouch, director of communications at Dubai’s department of tourism, “there is now real desire to open ourselves up to a new, less affluent clientele, particularly from Africa.”

According to Allouch, the strategy, already being implemented by a number of investors such as Emaar of Emirati groups, will lure some of the travelers passing through its international airport. Past reviews predict that Dubai International Airport will become the world’s busiest ahead of Beijing and Atlanta within this decade.

With more affordable accommodation, Allouch says it “would allow these travelers [Africans] to spend a few nights in Dubai and to enjoy all the leisure and advantages that the city offers.”

Currently, only 5 percent of Dubai’s 12 million visitors in 2016 came from Africa. In the new program, Dubai tourism board intends to double the overall number to 20 million by 2020, when the city is to host the World Expo.

Therefore, for Dubai, it is not a question of if, but when the industry will profit from the African visitors.

Recent statistics indicate that over 200,000 Egyptians and about 120,000 Nigerians visited Dubai from January to October 2016. These numbers are however lower than the previous year. Nigeria and Egypt made to the top 20 source markets for visitors to the city this year. The two economies have been facing economic turmoil leading to a reduction in visitors.

With Nigeria’s economy facing recession, the development plans for Dubai are hanging by a thread. According to a report, Emirates, Dubai’s state airline was forced to reschedule from twice-daily flights to Lagos and Abuja to just one flight a day to Lagos.

According to Tourism Review, there are plenty attractions in the city. “Dubai is a kind of Disneyland for adults. You can start your day, for example, with a balloon ride above the desert to admire the stunning sunrise and then finish late at night in one of the many nightclubs scattered among the palaces of the city.”

Other tourist attraction sites include the tallest structure in the world, Burj Khalifa, which is at a staggering height of over 828 meters and Bollywood Park, the first theme park in the world- dedicated to all things Bollywood, among others. 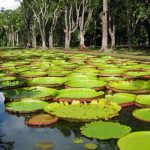