The biggest of Canada’s new brand of marijuana producers will join forces with Toronto-born rap star Drake to launch a fully-licenced joint venture in the city to produce and distribute cannabis, the two sides said on Thursday.

Under the deal, the multi-Grammy award winner will take a 60% stake in a subsidiary of stock-market listed Canopy Growth (WEED.TO), which produces cannabis in nearby Scarborough, Ontario.

ALSO READ:  Drake is Ready to go into a Rap Battle With Eminem
Loading...

Drake is just the latest of a list of artistes and celebrities who have partnered with Canadian cannabis companies since the country approved the use of recreational marijuana.

Earlier this year, lifestyle guru Martha Stewart joined Canopy as an adviser to develop a line of pot-based products for humans and animals.

Rapper Snoop Dogg has also partnered with Canopy through a unit called Tweed. 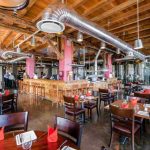 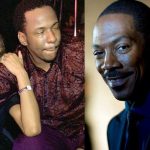