“The significant first meeting with Your Excellency and the joint statement that we signed together in Singapore 24 days ago was indeed the start of a meaningful journey,” Kim wrote in an English translation of a July 6 letter that President Trump posted on Twitter Thursday.

Although the letter was written less than a week ago, it’s not clear where US-North Korean talks stand now. 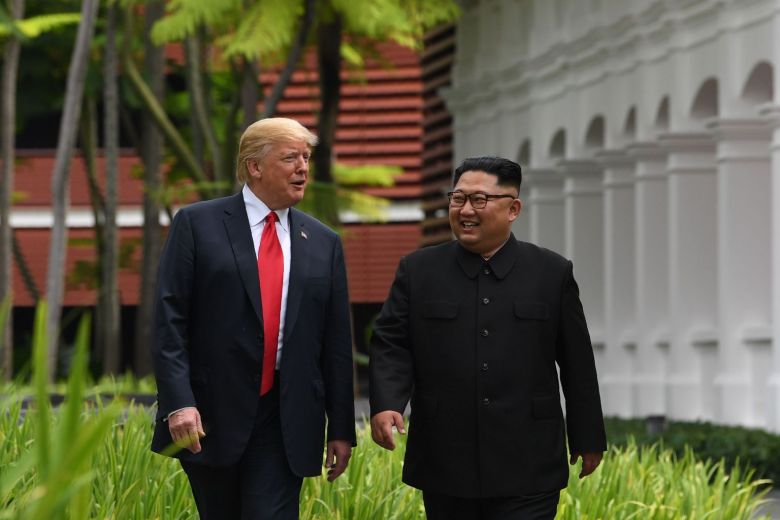 The letter’s date indicates it was written before Secretary of State Michael Pompeo’s visit late last week to Pyongyang, where the US and North Korea struggled to agree over plans to denuclearise the Korean peninsula.

That meeting concluded with North Korean state media calling the US approach “cancerous” and “gangster-like.”

The North Korean statement went on to say, however, that Kim’s regime still had confidence in Trump.

Kim’s letter also predates a planned meeting over the return of US remains on Thursday on the North Korean-South Korean border, where American military officials were stood up by their North Korean counterparts. The meeting was later rescheduled for July 15, according to South Korean officials.

A very nice note from Chairman Kim of North Korea. Great progress being made! pic.twitter.com/6NI6AqL0xt

Also on Thursday, US officials presented the United Nations with data that North Korea has breached its annual cap for imports of refined petroleum products.

The information, presented in a report seen by Bloomberg News, came with a US call to other countries to halt to all transfers of refined petroleum products to North Korea and to be more vigilant in preventing unauthorised ship-to-ship transfers.

Despite the recent setbacks, “Great progress being made,” Trump tweeted on Thursday along with images of the letter in English and Korean, calling it a “very nice note from Chairman Kim.”

Kim’s missive also hinted at the possibility of another summit, saying that the “epochal progress in promoting the DPRK-US relations will bring our next meeting forward.”

At the conclusion of the Singapore summit last month, Trump suggested he may invite Kim to the White House, or his retreat at Mar-a-Lago in Florida.