An operation to liberate the Idlib governorate could result in a “humanitarian mistake,” said the White House tenant. Moscow indicates, in turn, that no one is interested in military actions capable of causing civilian casualties.

The US president said a possible Syrian army operation in Idlib governorate  would be a “serious humanitarian mistake”, warning Moscow and Tehran not to commit it.

“Syrian President Bashar al-Assad must not recklessly attack the Idlib governorate. Russians and Iranians would commit a serious humanitarian mistake by participating in this possible human tragedy. Hundreds of thousands of people can be killed. Do not let that happen! “, He wrote on his Twitter page.

ALSO READ:  New Fossils Found In Morocco Suggest Homo Sapiens Have Been Around Longer Than We Thought!! Details Inside...
Loading...
ALSO READ:  Meet Donald Trump's Chinese Impersonator Who Is Taking The Social Media By Storm

The governorate of Idlib remains in the hands of terrorists who take advantage of it to attack the Russian and Syrian military. Earlier, Russian Deputy Foreign Minister Oleg Syromolov said no one was interested in military actions capable of causing civilian casualties in Idlib.

Sergei Lavrov also pointed out that it is particularly important to make the distinction in the Idlib de-escalation zone between the armed opposition ready to engage with the government and al-Nusra Front * terrorists and other recognized organizations. as terrorists by the United Nations Security Council. According to him, Damascus has  the right  “to stop and eliminate the terrorist threat on its territory”.

In recent times the tension around the governorate of Idlib has increased. According to Russian Defense Ministry spokesman Igor Konachenkov, the United States, together with France and the United Kingdom, is planning another bombing in Syria over Damascus’ use of chemical weapons. 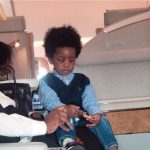 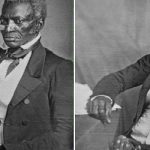