The US presidential candidate that is known as Donald Trump has finally admitted the obvious: that President Obama was born in the United States. However, it came with a caveat as usual; his way of blaming the whole birther issue on someone else who just happens to be Hillary Clinton.

“President Barack Obama was born in the United States, period,” is what he said on Friday

Like we said, the Republican nominee, blamed the conspiracy theory on Hillary Clinton’s 2008 campaign for president as the originator of the “birther controversy.”

There is zero evidence that it is true, and Clinton and her allies have strongly denied that suggestion.

Trump says of the “birther” movement: “I finished it. You know what I mean.”

For years Trump been the most prominent “birther,” the name given to those who propagated the falsehood that President Obama was born outside of the country.

Earlier on Friday Clinton, the Democratic presidential nominee said what others are thinking as well: that Trump owes Obama and the American people an apology for his role in the birther movement that questioned the president’s citizenship.

Clinton said at an event with black women that Trump’s campaign was “founded on this outrageous lie” and “there is no erasing it.”

She said Trump is feeding into the “worst impulses, the bigotry and bias” of some people.

As late as Wednesday, Trump would not acknowledge that Obama was born in Hawaii, declining to address the matter in a Washington Post interview published late Thursday night.

“I’ll answer that question at the right time,” Trump said. “I just don’t want to answer it yet.”

Asked by the paper whether his campaign manager, Kellyanne Conway, was accurate when she said in a recent television interview that her boss now believes the president was born in the U.S., Trump was equally evasive. “It’s OK. She’s allowed to speak what she thinks. I want to focus on jobs. I want to focus on other things,” he said. 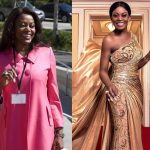 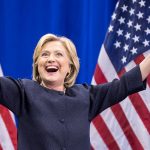