During a rally in support of Florida Democratic candidates ahead of mid-term elections in the United States, former US President Barack Obama warned Donald Trump and his supporters against the expansion of the Rhetoric of fear.

It must be said that this is the last straight before the mid-term elections of November 6. Barack Obama went on stage in Miami in support of Democratic candidate Andrew Gillum, governor of Florida. The former US president called on voters not to give in to the hymns of hate and division.

“  In the last weeks of campaigning for these elections, we have seen various attempts to divide us with rhetoric that aims to sow anger and fear in us  , “ Barack Obama said at a rally in Miami. “  But in four days, in Florida, you can defeat this type of behavior,  “ he added, referring to the November 6 poll.

Barack Obama was also on the side of Democratic Senator Bill Nelson, who is challenged in his constituency by incumbent Governor Rick Scott.

According to the program of former President Barack Obama, he should travel to Georgia to support Stacey Abrams, a former state congressional candidate, who aspires to become the first black woman governor of a US state. She is in contention against Republican Brian Kemp.

For his part, current US President Donald Trump was campaigning last Friday in West Virginia and Indiana, two states in which he won the November 2016 presidential election. 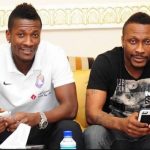 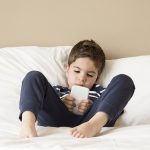